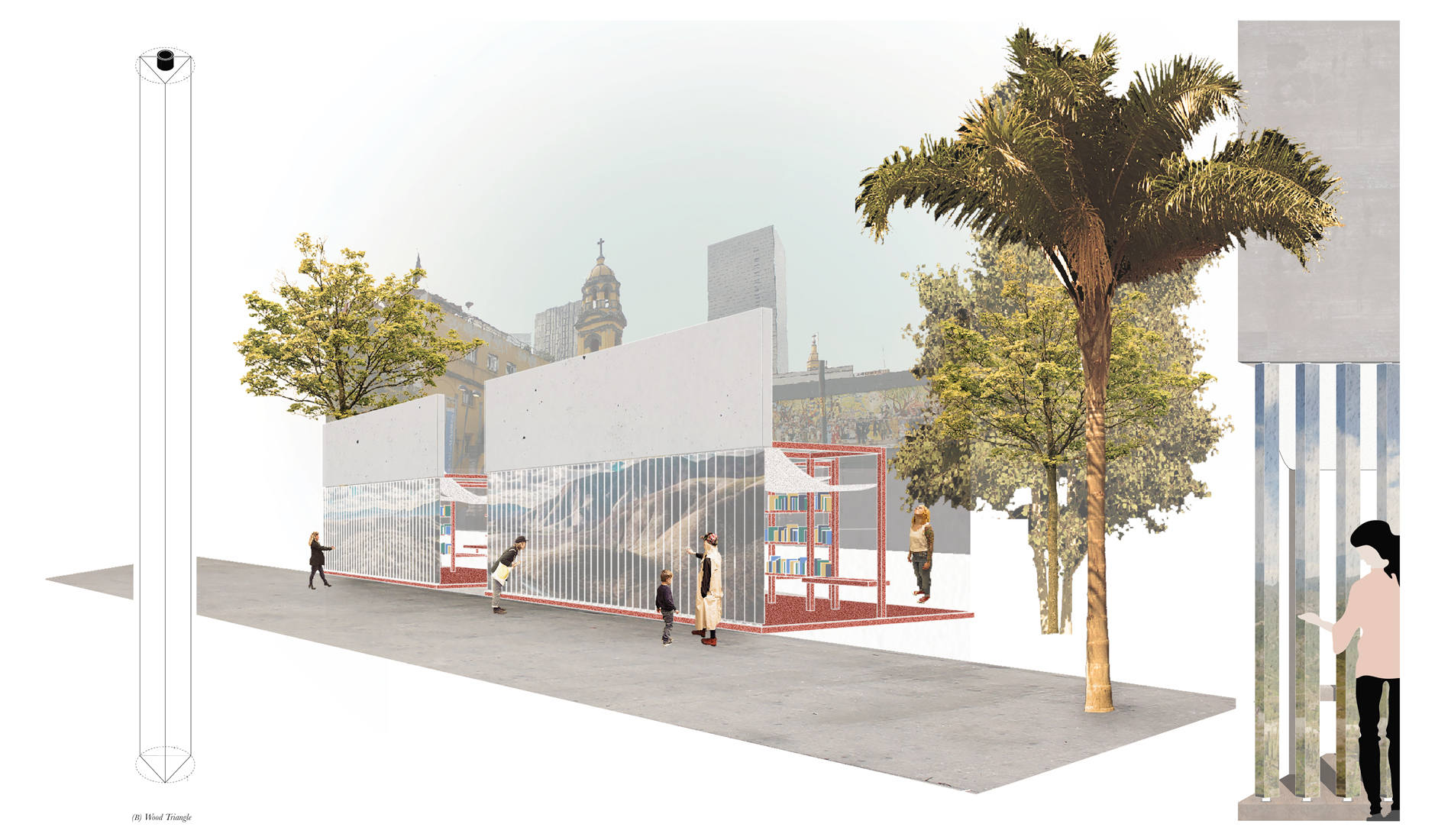 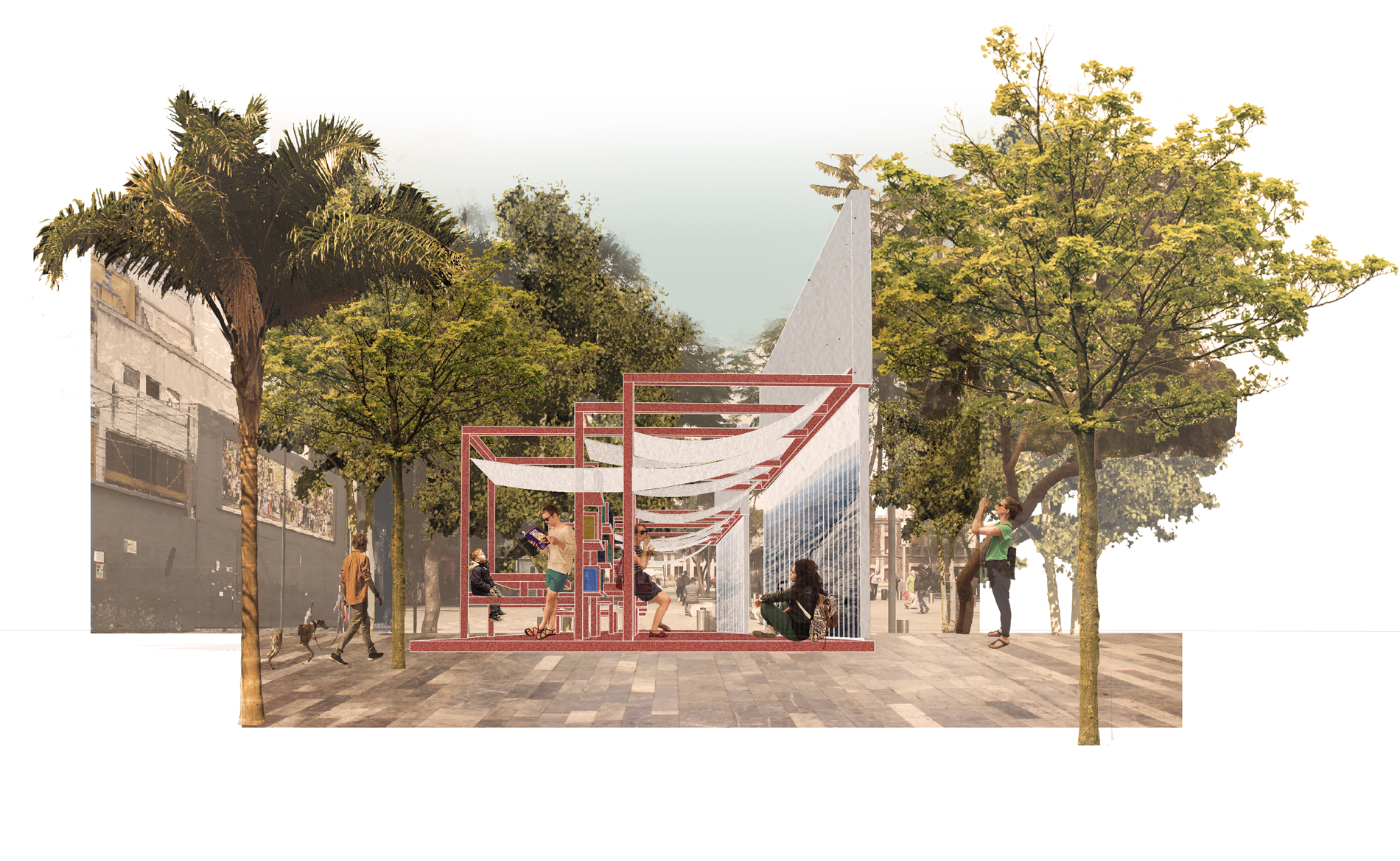 COMPETITION FOR THE DESIGN OF MEXTRÓPOLI pavilion, for the Festival de Arquitectura y Ciudad MEXTRÓPOLI 2019

The wall planned by Donald Trump, defining the border between USA and Mexico is becoming the icon of contemporary debate about sovereignism, isolationism and egotism. In the past months, we have seen several mock-ups of “The Wall”, in a macabre poll that normally would be about wall-papers or flooring finishes choices in an interior design mood-board. Nevertheless, walls have two sides; focusing on one only is short minded and myopic. Our proposal for Arquine 2019 is a theatrical device, a wall that changes personality and that ironically mixes north and south landscapes, integrated with functions that unite human beings instead of dividing them. The lower part of the Mall (Wall with the letter W upside down) is made of 40 extruded triangles, covered with one large hi-res photo on each of the three faces, representing USA landscape, Mexican paisaje and Trump’s border wall. The triangles rotate and compose an entire image but also a multiplicity of options randomly combining the 10×5 meters photos. People can decide if they want to see one landscape or, rotating the triangles, a wall or a mixed image of the three prints. The upper part of the structure is made of wood plastered with concrete pigment. The other side of the Mall defines an environment for exchange and sharing, made of 5 textile canopies that create shadow and a pleasant microclimate, where users can stay, talk and exchange goods and books. The proposal transforms a two-dimensional act of violence in a space made for the community and the people of Mexico City. 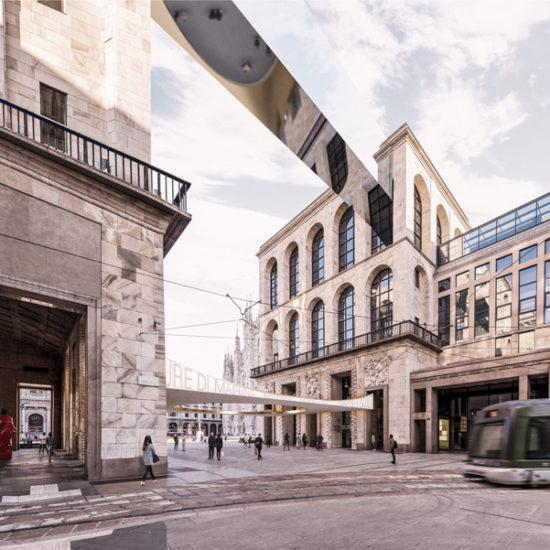 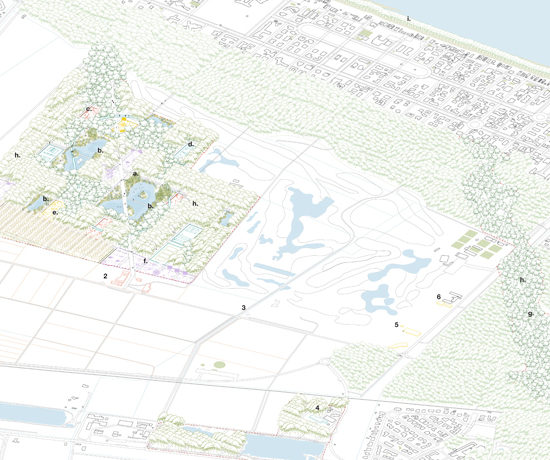 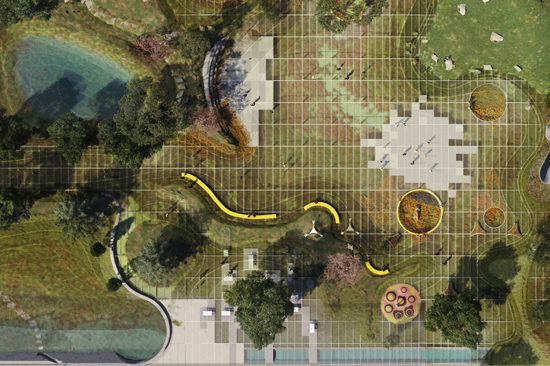