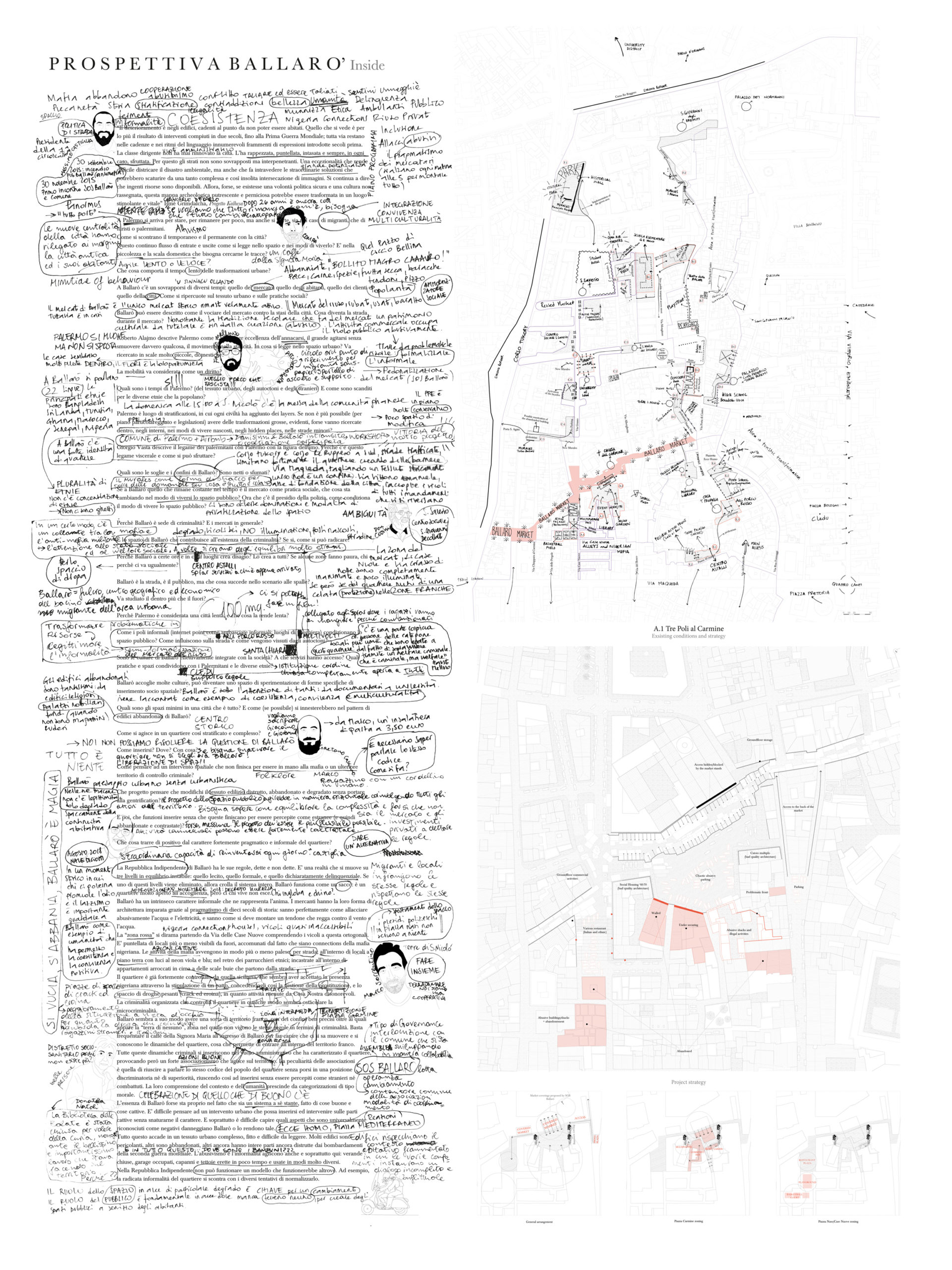 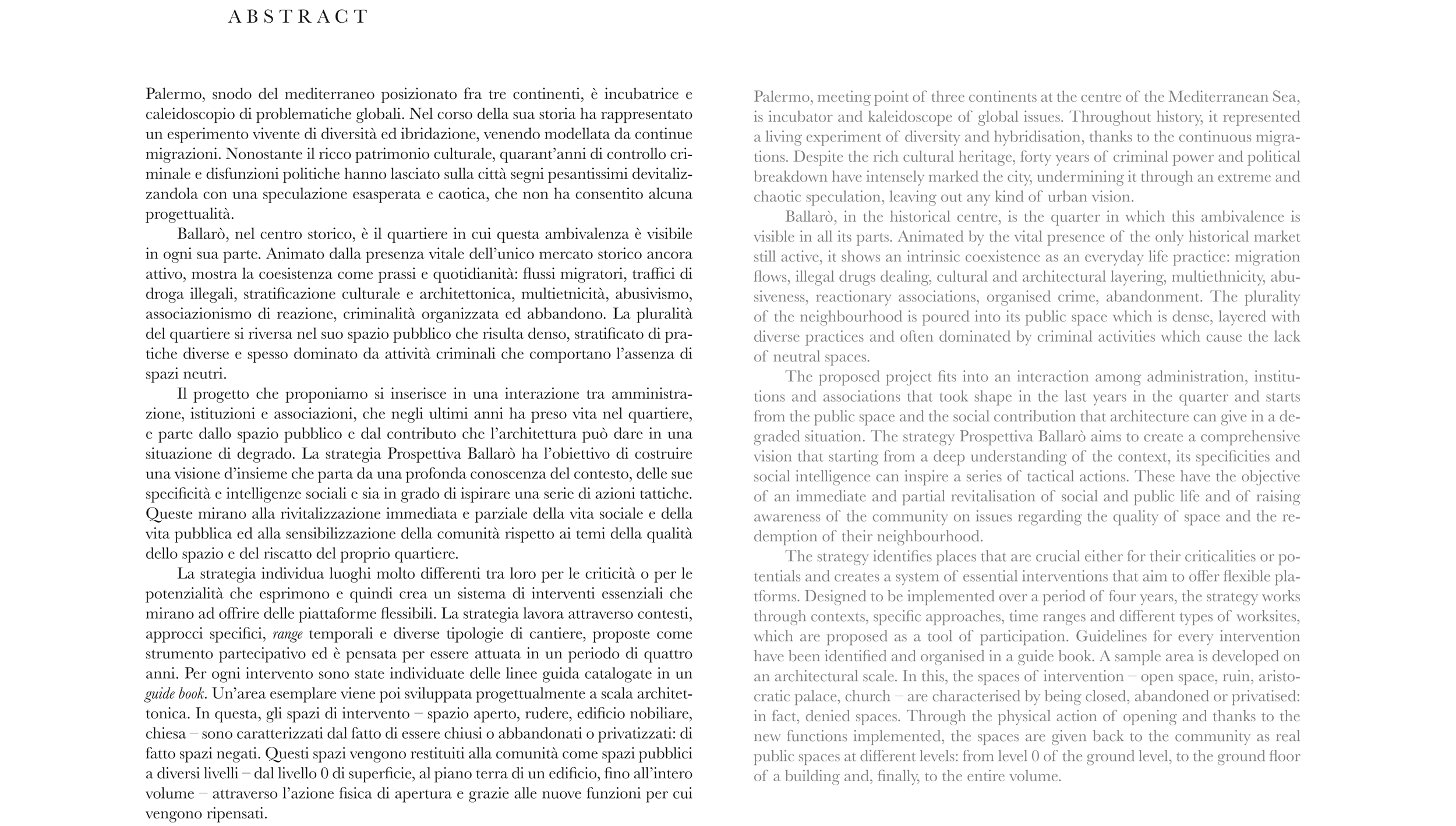 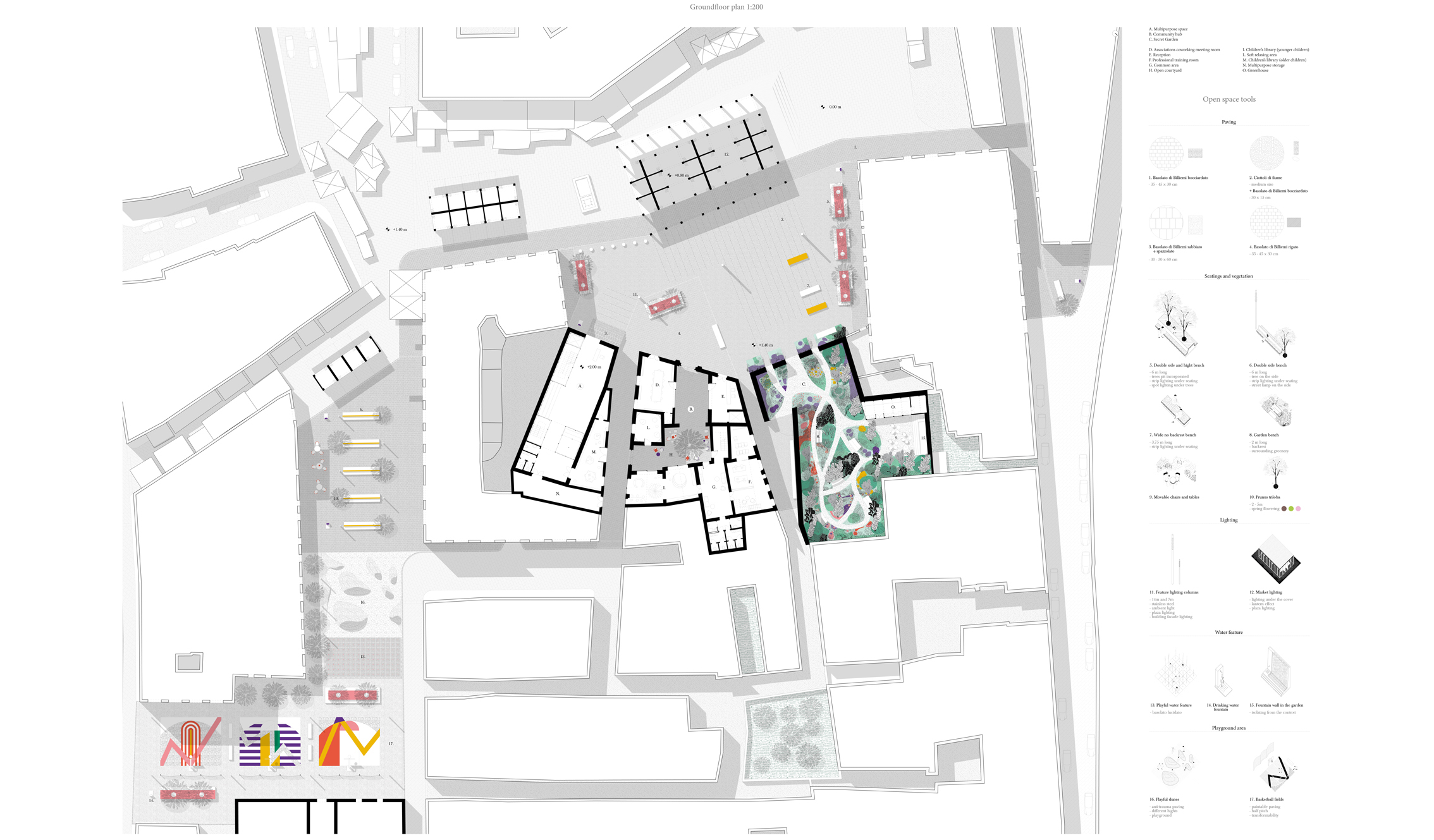 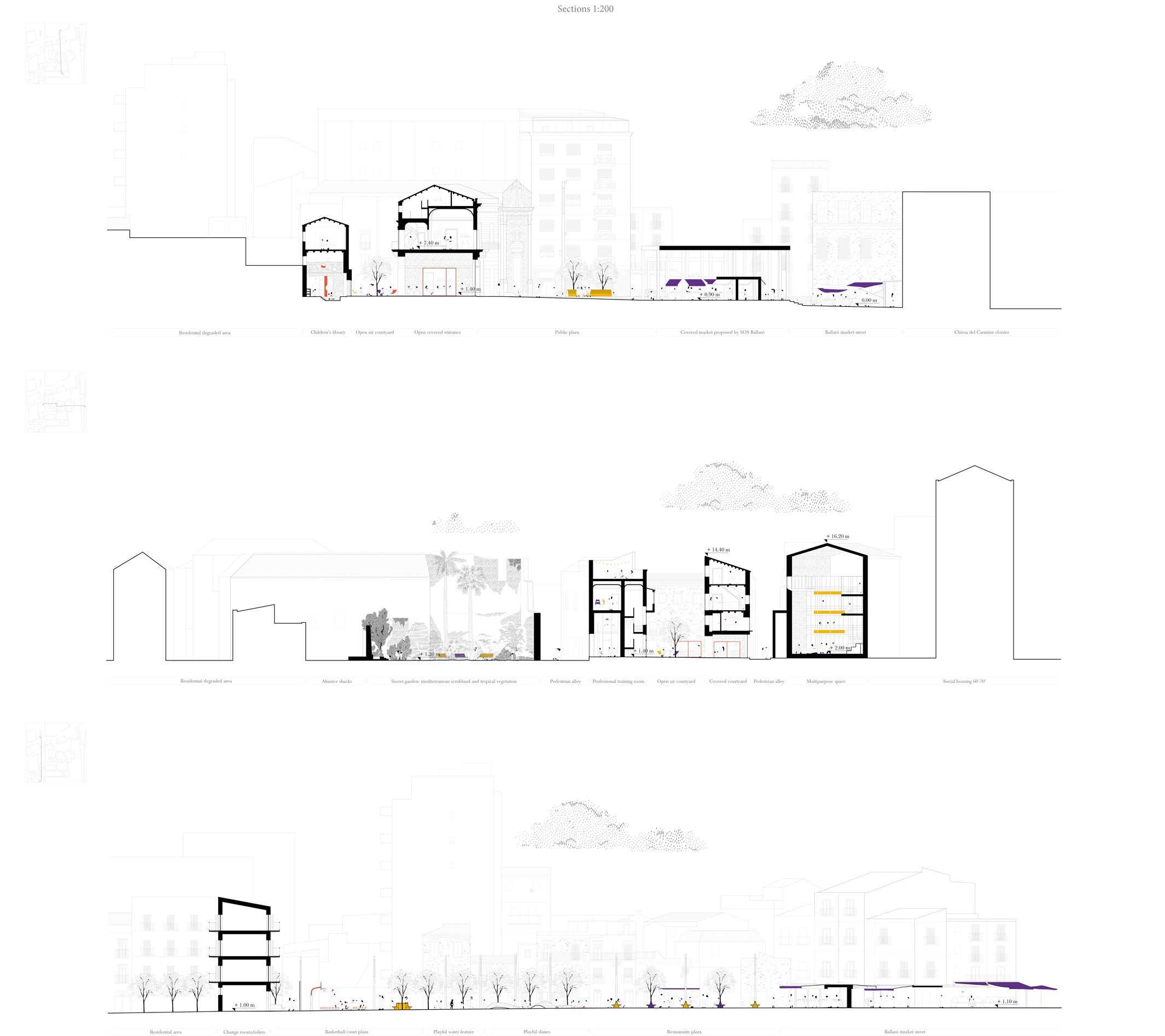 Palermo, meeting point of three continents at the centre of the Mediterranean Sea, is incubator and kaleidoscope of global issues. Throughout history, it represented a living experiment of diversity and hybridisation, thanks to the continuous migrations. Despite the rich cultural heritage, forty years of criminal power and political breakdown have intensely marked the city, undermining it through an extreme and
chaotic speculation, leaving out any kind of urban vision. Ballarò, in the historical centre, is the quarter in which this ambivalence is visible in all its parts. Animated by the vital presence of the only historical market still active, it shows an intrinsic coexistence as an everyday life practice: migration flows, illegal drugs dealing, cultural and architectural layering, multiethnicity, abusiveness, reactionary associations, organised crime, abandonment. The plurality of the neighbourhood is poured into its public space which is dense, layered with diverse practices and often dominated by criminal activities which cause the lack of neutral spaces. The proposed project fits into an interaction among administration, institutions and associations that took shape in the last years in the quarter and starts from the public space and the social contribution that architecture can give in a degraded
situation. The strategy Prospettiva Ballarò aims to create a comprehensive vision that starting from a deep understanding of the context, its specificities and social intelligence can inspire a series of tactical actions. These have the objective of an immediate and partial revitalisation of social and public life and of raising
awareness of the community on issues regarding the quality of space and the redemption of their neighbourhood. The strategy identifies places that are crucial either for their criticalities or potentials
and creates a system of essential interventions that aim to offer flexible platforms. Designed to be implemented over a period of four years, the strategy works through contexts, specific approaches, time ranges and different types of worksites, which are proposed as a tool of participation. Guidelines for every intervention have been identified and organised in a guide book. A sample area is developed on an architectural scale. In this, the spaces of intervention – open space, ruin, aristocratic palace, church – are characterised by being closed, abandoned or privatised: in fact, denied spaces. Through the physical action of opening and thanks to the new functions implemented, the spaces are given back to the community as real public spaces at different levels: from level 0 of the ground level, to the ground floor of a building and, finally, to the entire volume.