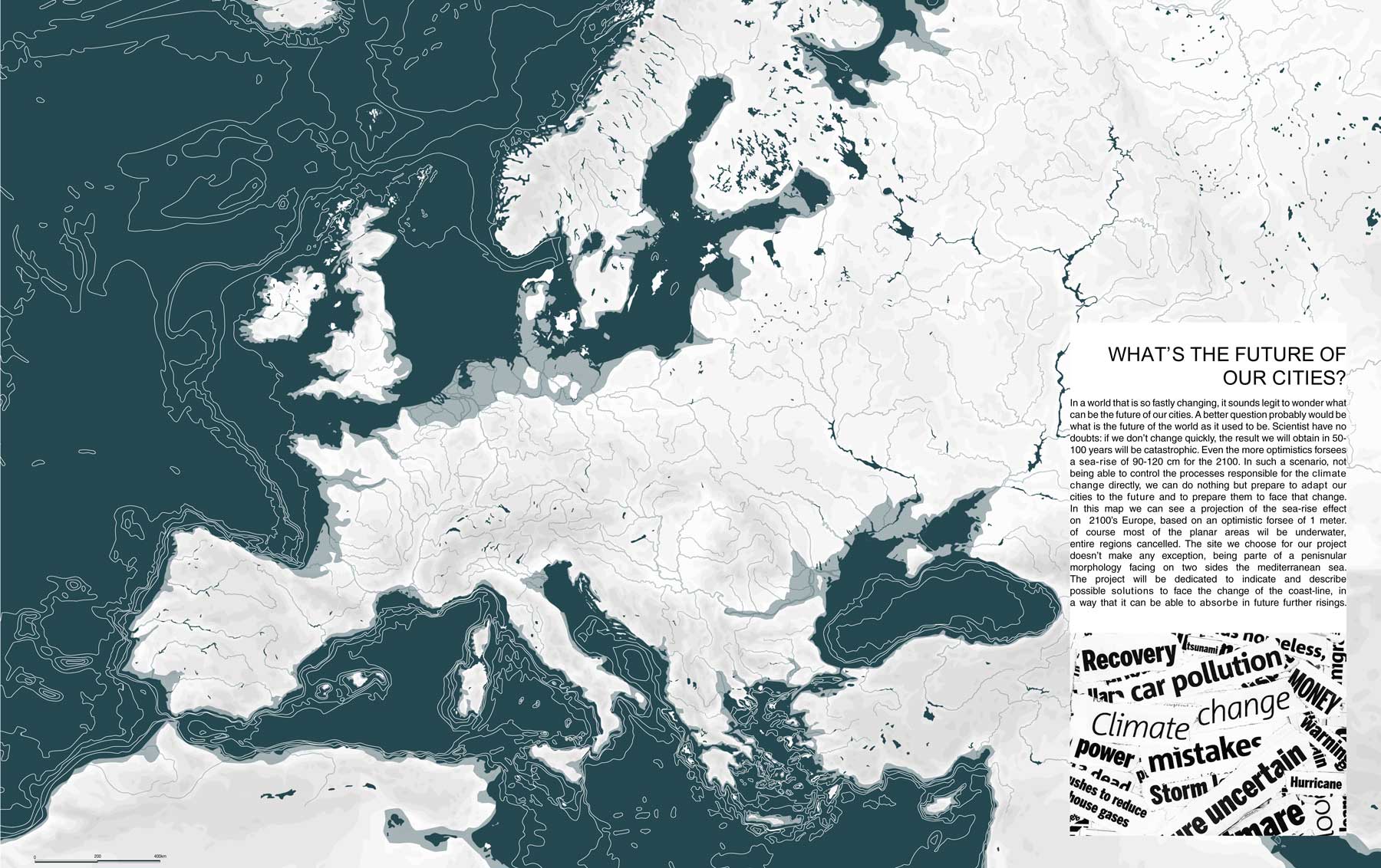 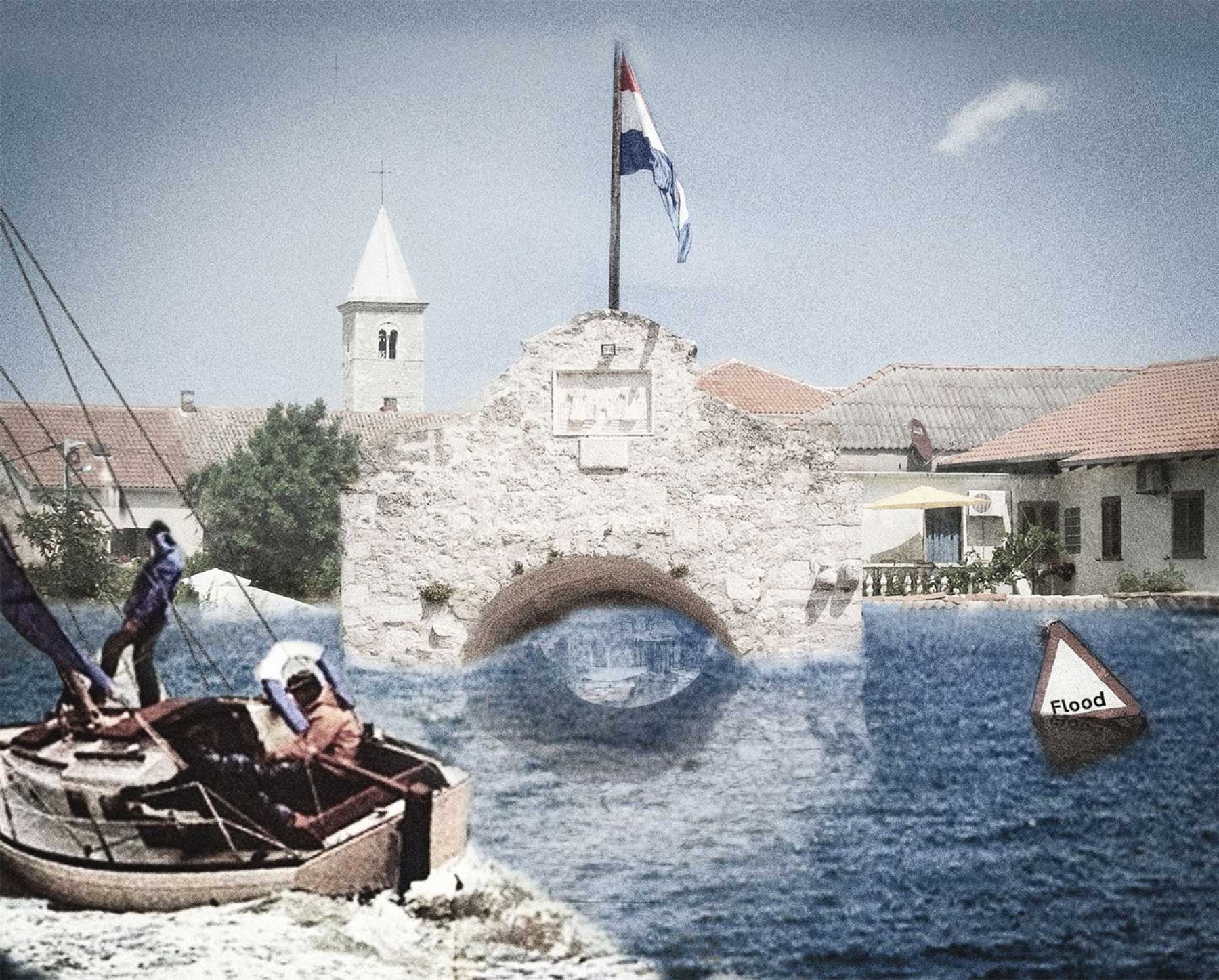 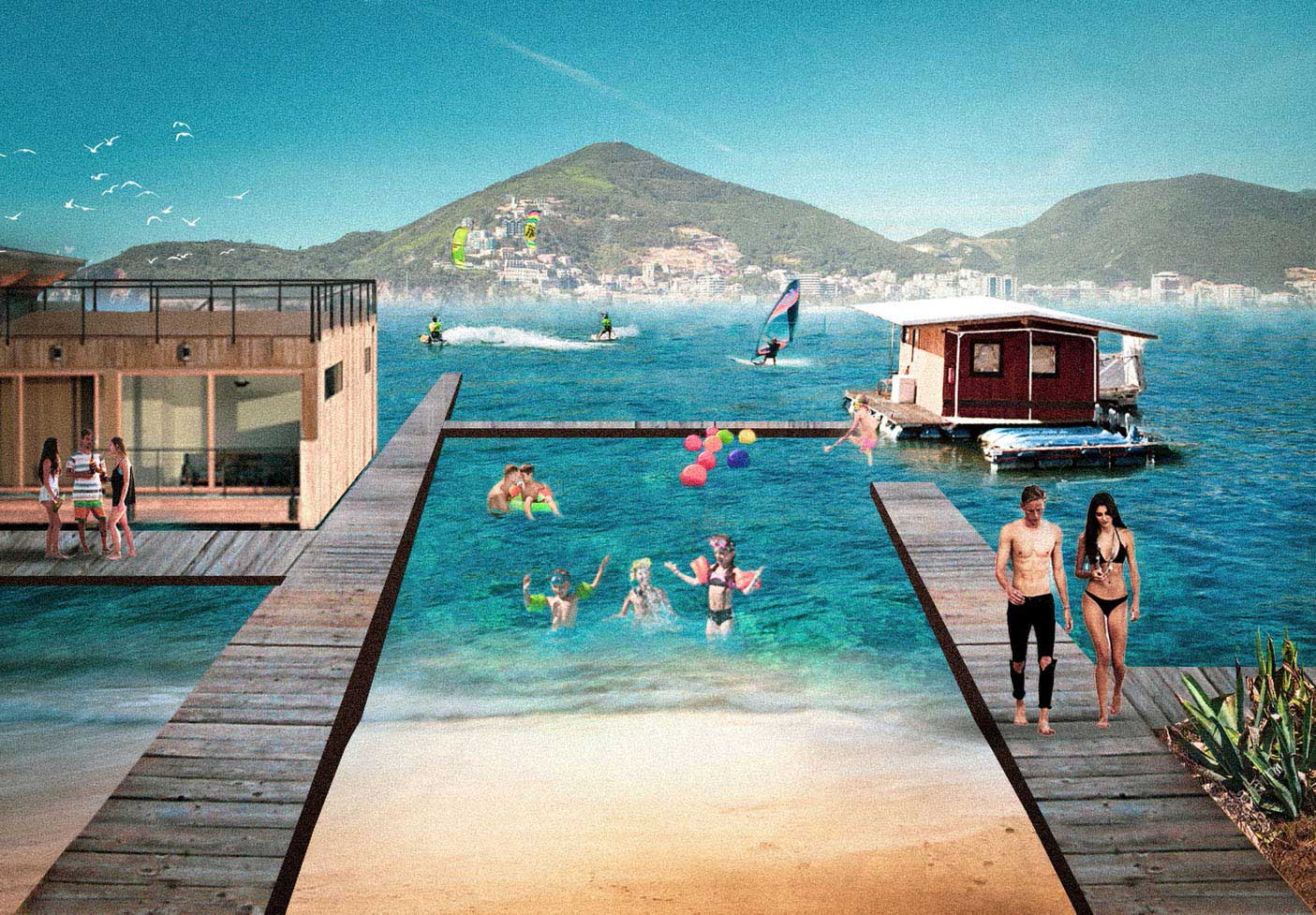 In a world that is so fastly changing, it sounds legit to wonder what can be the future of our cities. A better question probably would be what is the future of the world as it used to be. Scientist have no doubts: if we don’t change quickly, the result we will obtain in 50-100 years will be catastrophic. Even the more optimistics forsees a sea-rise of 90-120 cm for the 2100. In such a scenario, not being able to control the processes responsible for the climate change directly, we can do nothing but prepare to adapt our cities to the future and to prepare them to face that change. Most of the planar areas wil be underwater, entire regions cancelled. The site we choose for our project doesn’t make any exception, being part of a penisnular morphology facing on two sides the mediterranean sea. The project will be dedicated to indicate and describe possible solutions to face the change of the coast-line, in a way that it can be able to absorbe in future further risings.