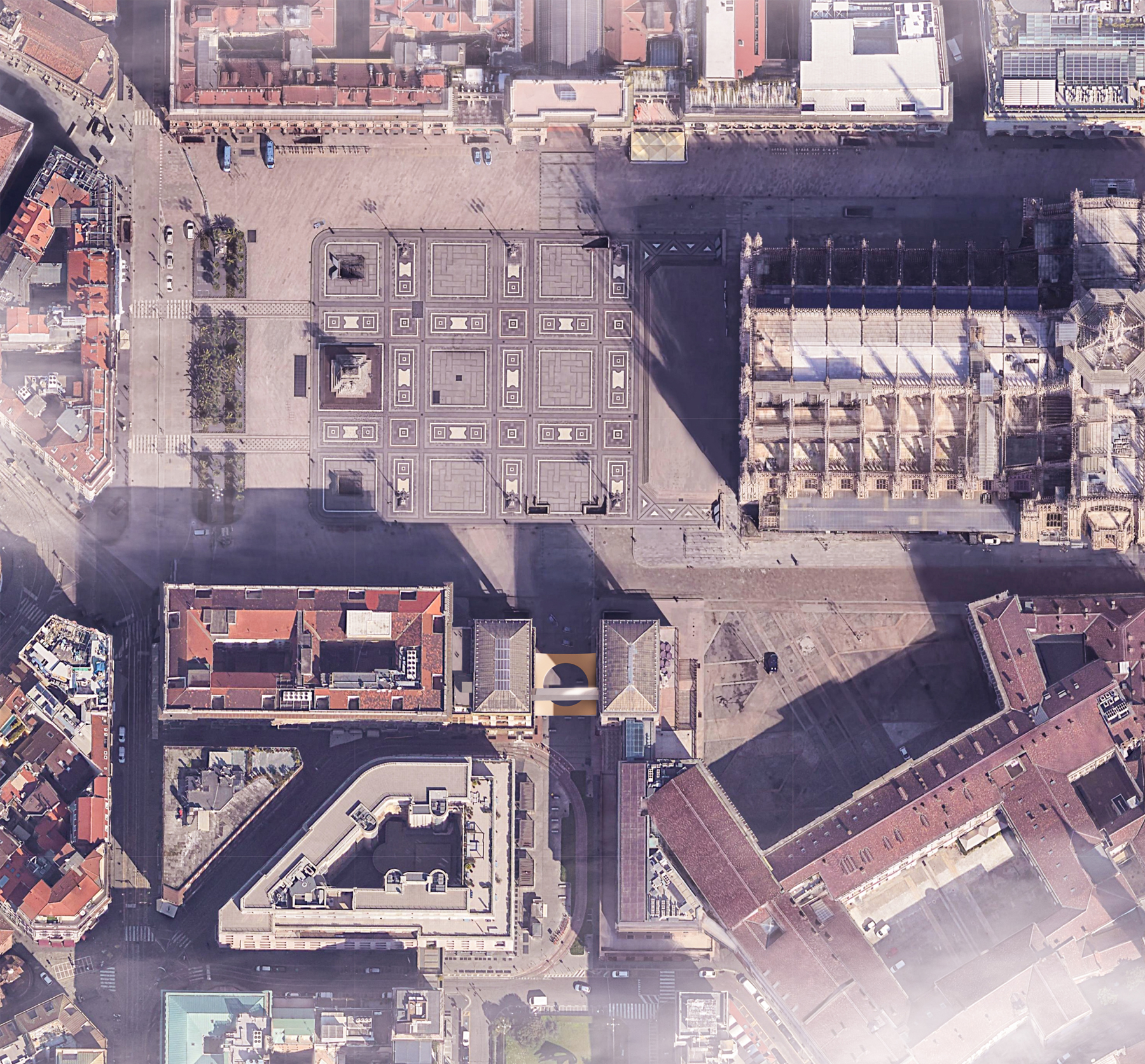 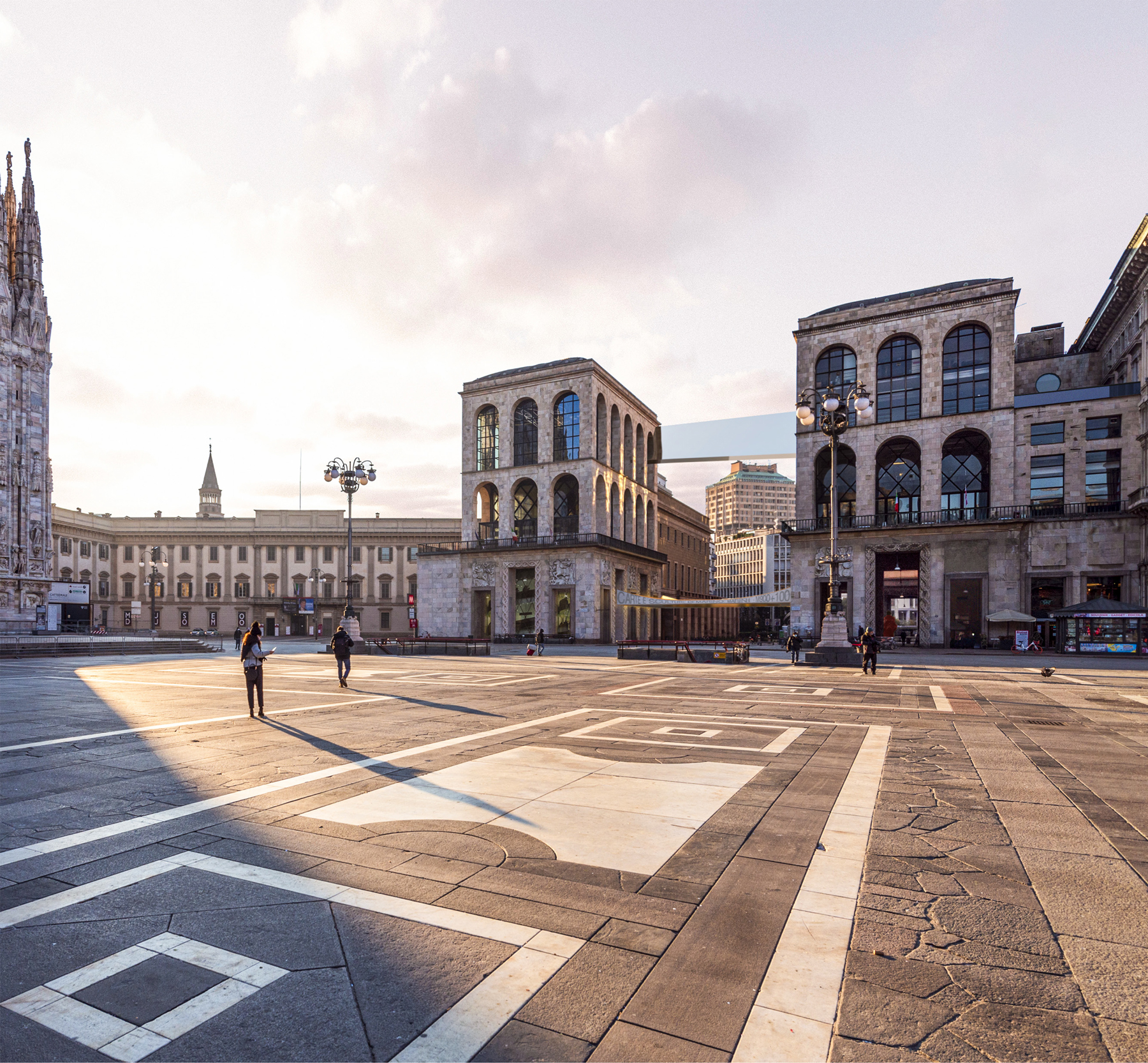 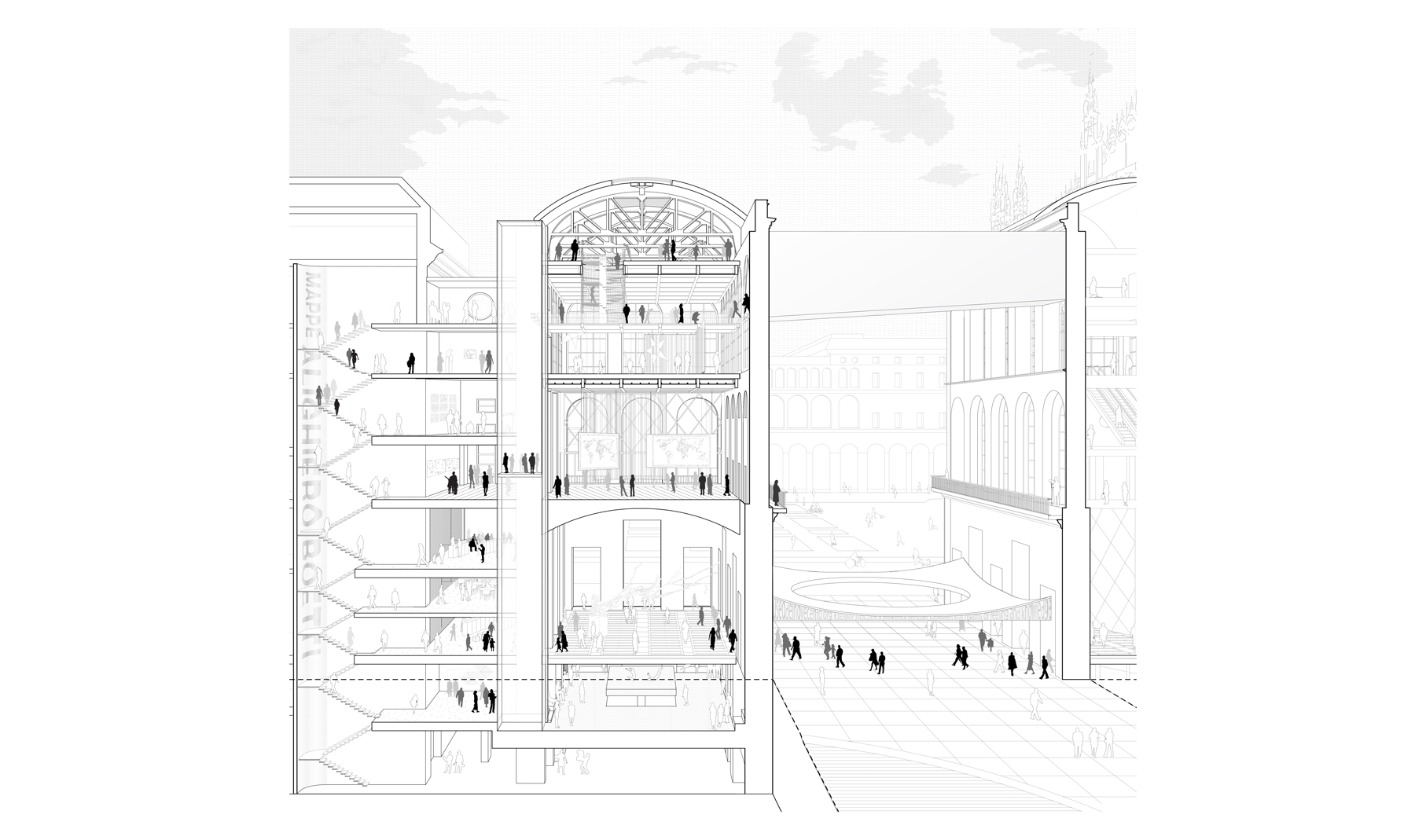 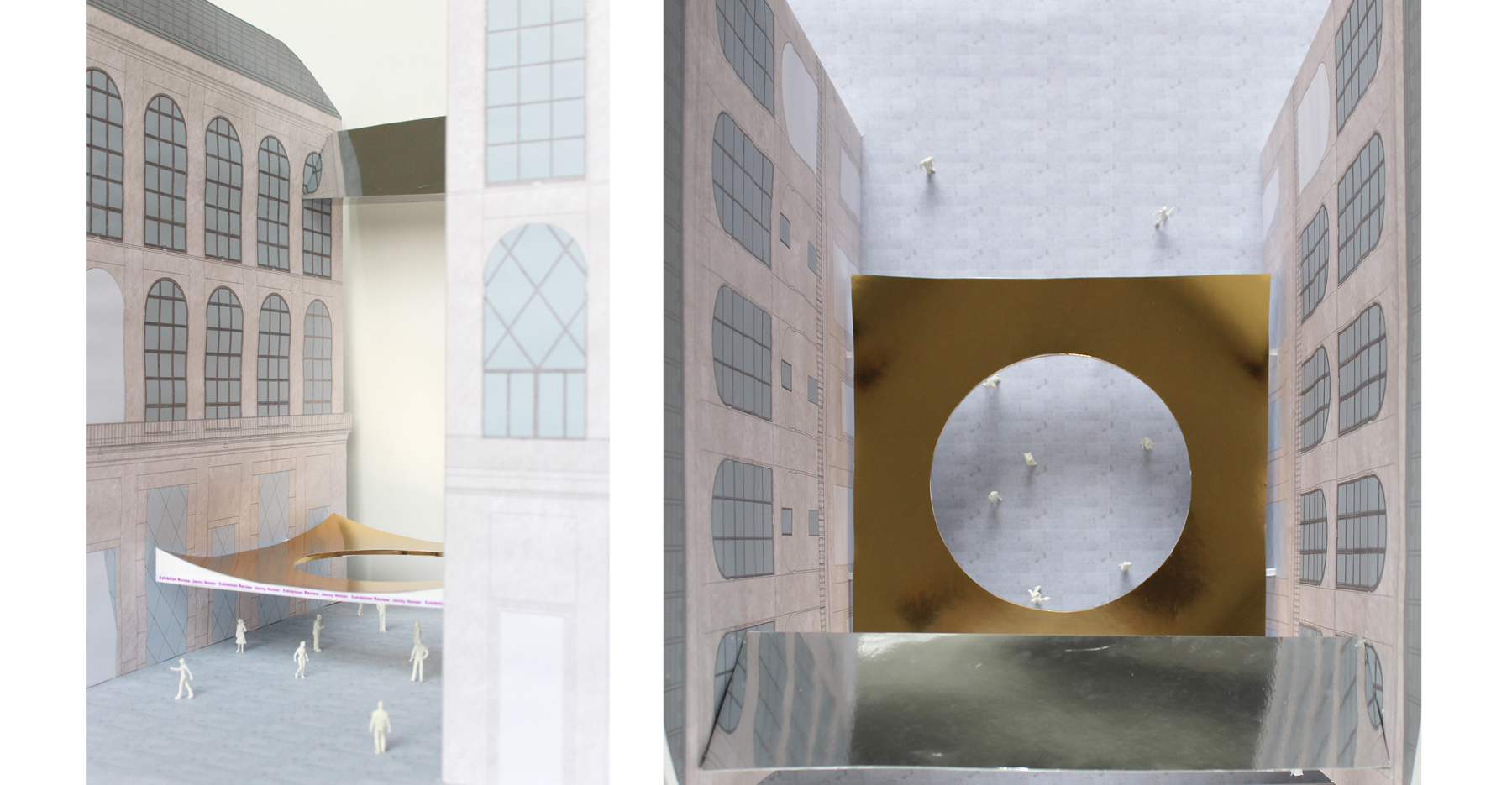 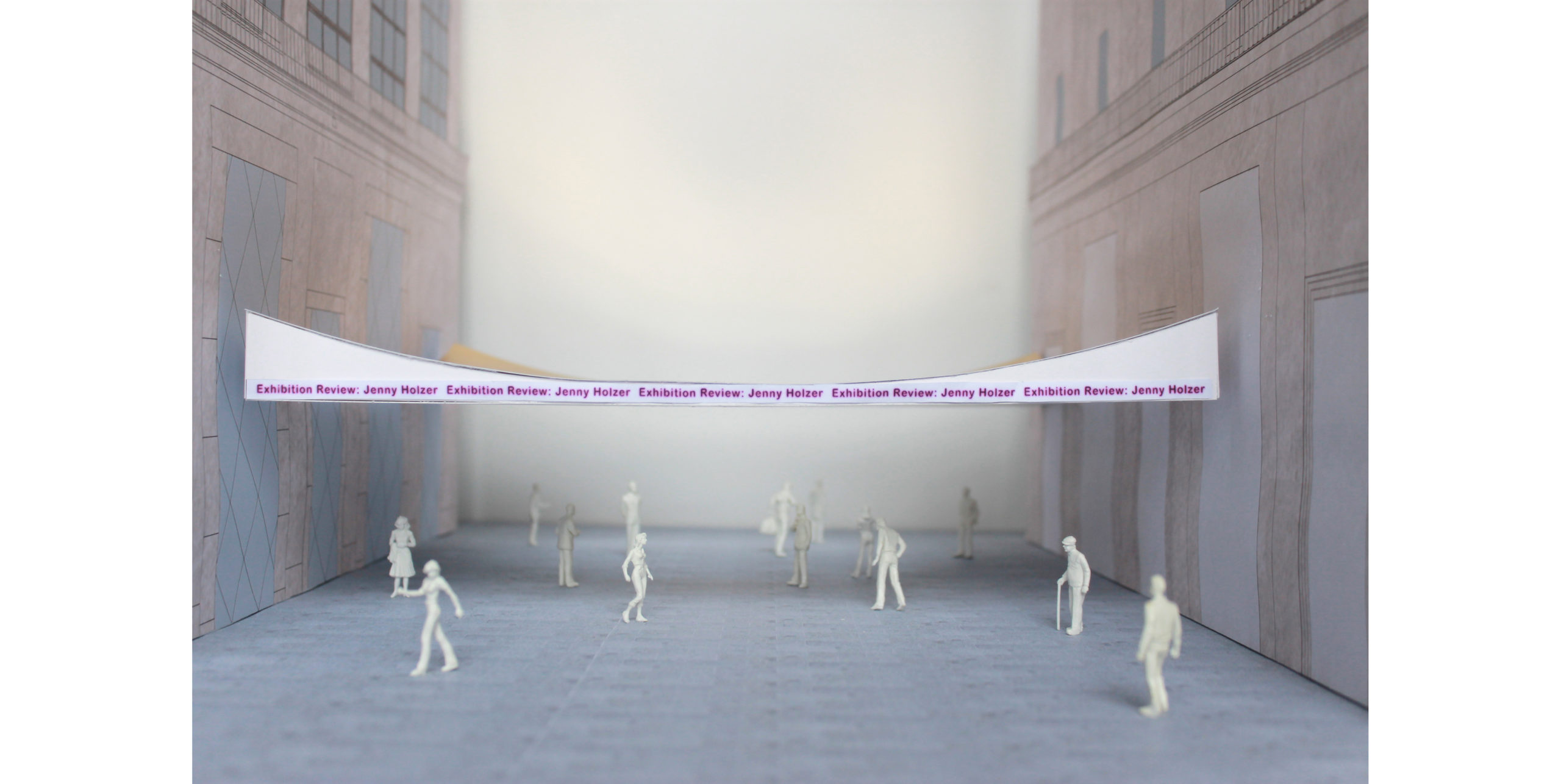 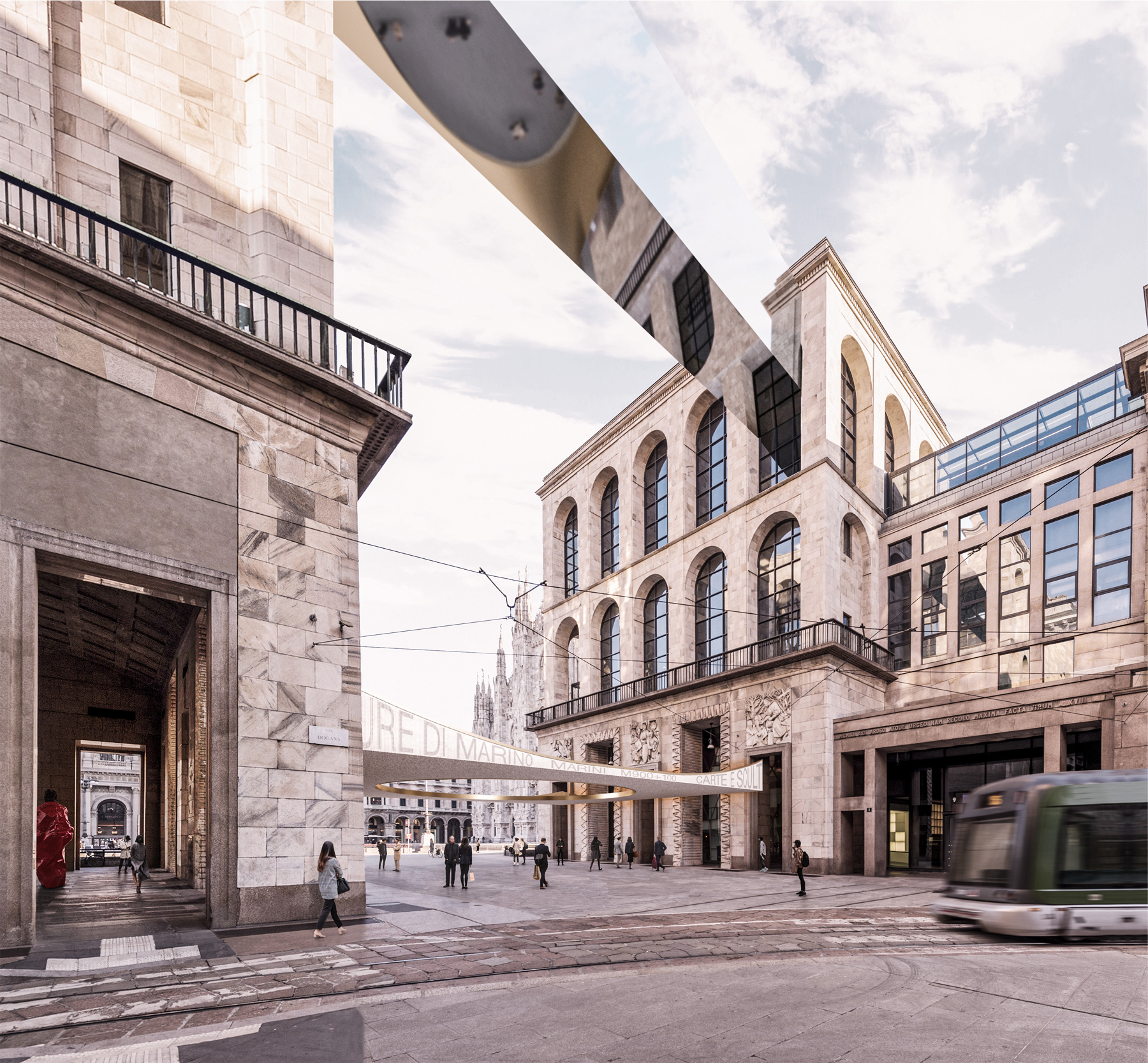 The competition “Novecentopiùcento” was issued by Comune di Milano to extend exhibition spaces of Museo del 900, now in the building of the first Arengario, to the Second Arengario, focusing, in the first phase of the competition, on the dialogue between the two buildings and the integration of the work in the urban context. AOUMM and MAR Office presented an urban plateau connecting and climbing the two buildings, activating the new exhibition system, and offering a free and diffused circulation. Two suspended elements, the Velarium and the Overpass, provide a connection at different levels, completing and defining the system of the two Arengari, generating an urban museum continuum. The connection proposed by the team intertwines the museographic strategy and the public use of the space in Piazza del Duomo, a heterogeneous urban landscape full of spatial experiences, allowing a double reading all the time, on a human scale and a skyline scale: the existing portico is maintained open, as a public hall where art, architecture, and the city can coexist. The light canopy of the Velarium introduces a spatial compression mediating between Piazza del Duomo and Piazza Diaz and visually defines the access point to the new system, framing surrounding façades and directing flows of visitors. Further up, the Overpass is a monolithic connection with a triangular section, mirroring the sky or the surrounding urban façades, not interfering with the changing views of the Milanese skyline and integrating, abstractly, with existing façades. The Overpass provides continuity to the museum path, but also the visual axes connecting Torre Martini and Torre Velasca to Galleria Vittorio Emanuele.