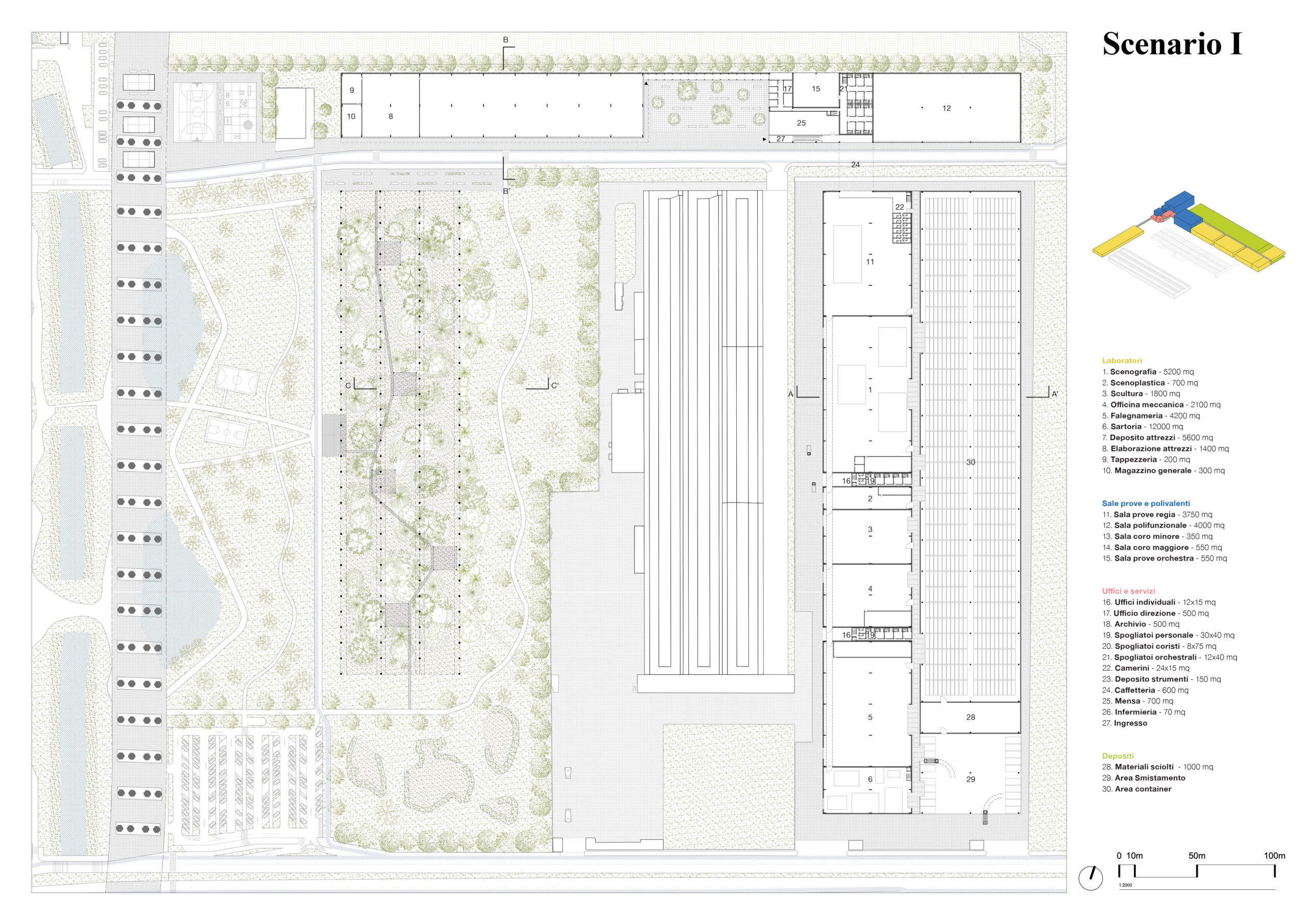 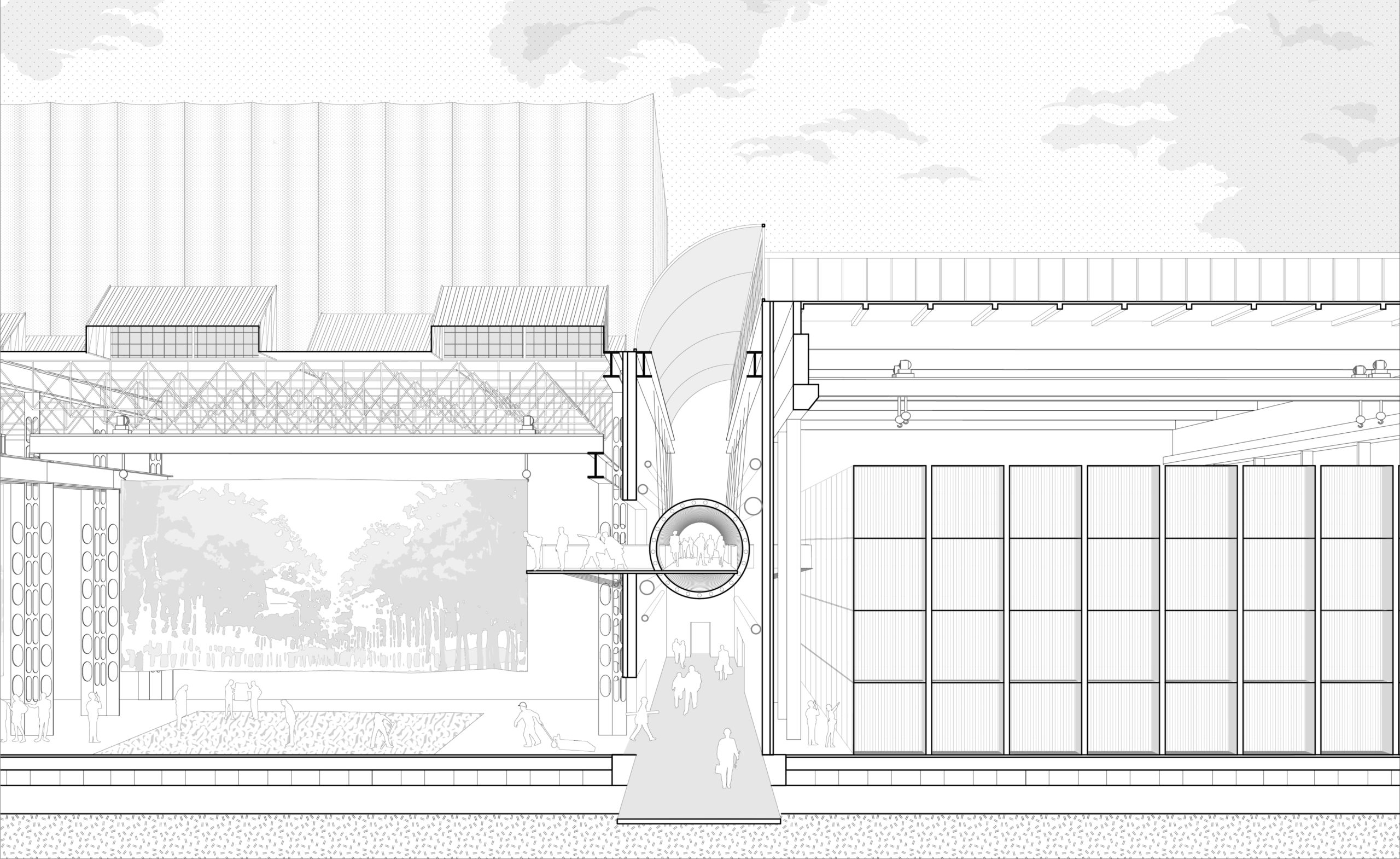 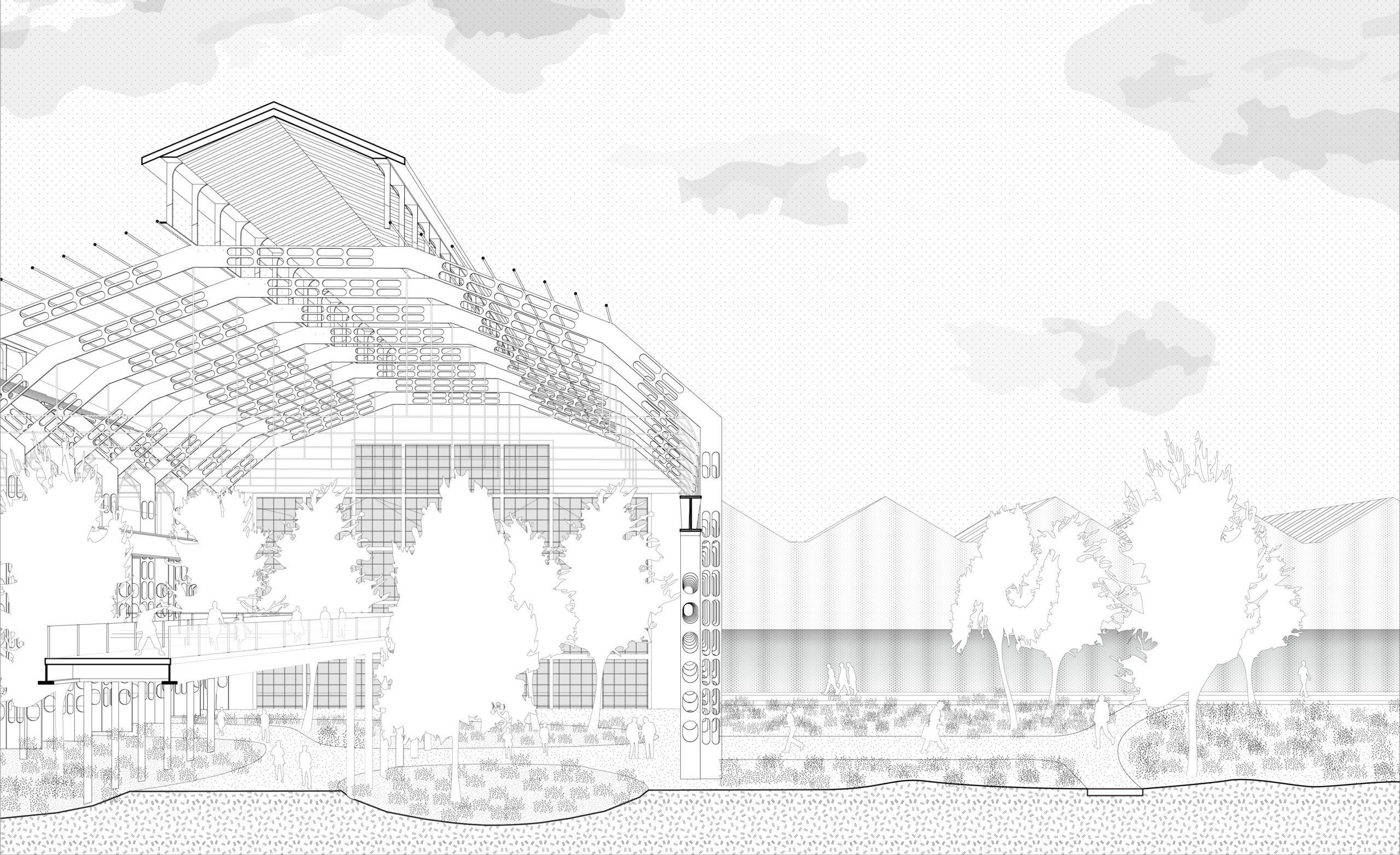 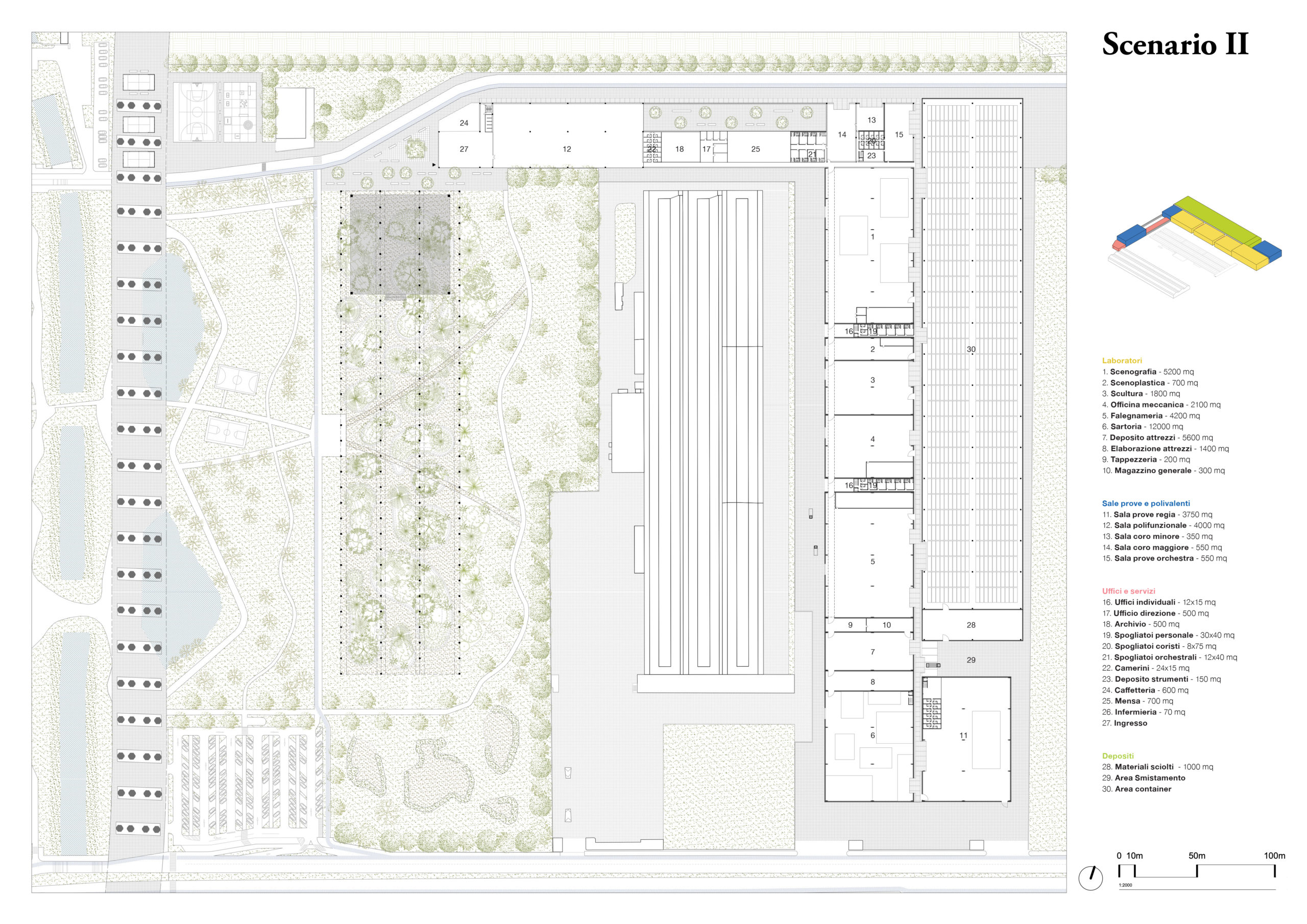 Act One – Scene I

Arriving from the ring road, every time the sight confirmed to her the name by which everyone was used to calling the new laboratories of the Magnifica Fabbrica: the Citadel of Light. Iridescent light, changing constantly according to subtle gradations or bright flashes, almost a tale of everything that was going on inside the colored architectures that, with their different roofs and heights, composed a diverse and teeming landscape. Flickering and blurred light at dawn, as on that cold February morning in which she was about to park her car. She would then go to the hangar where they were finishing the backdrops for the show foreseen in a couple of days. In the evening, it was a different scenery: the laboratories seemed to be bright volumes suspended in the sky; the cafeteria, which was open to all, was populated by shadows. In the evening, after leaving her atelier, she liked to stop and observe it from below. Likewise, she loved to guess who was coming through the visitors’ tunnel in the upper part of the workshops. Those who, like her, worked for scenography – but this was also true for carpentry, scenoplasty, sculpture, or the mechanical workshop – whether they were in the central space or the adjacent ones devoted to storage or color preparation, were able to sense the arrival of that director rather than of that very talented set designer, the most talented of all, thanks to the resonance of their voices and footsteps in the wide passage that separated the operative area from the immense container area. Getting to the hangar meant crossing the Lambretta Park. On one side are the mirrors of water with their reflections of an upside-down world, on the other the Crystal Palace, vestiges of an industrial past now transformed into an urban forest. Often, during her lunch break in the summer season, she would walk along the metal walkways among the trees in the palace to find the silence and the calm she was looking for. At the end of the path, on the left, there were the various fields dedicated to sports, which at that time were empty. Not for long: the first padel enthusiasts were already arriving at 7 o’clock. The sports area also took over the space under the ring road; this reminded her of the time the whole crew went to Sao Paulo for an international opera tour. On a day off, she and her friend Marina had reached Ibirapuera Park. In their wanderings, they stopped for a long time to watch skaters and rollerbladers under the Marquise shelter, designed by Oscar Niemeyer. Of course, here in Milan, the scale and the number of pillars were a completely different thing, the sinuous lines were replaced by the straightness of the infrastructure, yet her mind gladly satisfied this assonance with so pleasant a memory. As she turned to the right and skirted the toolroom with its wavy, wire mesh – a reminder of the curtains around which the lives of all who work at the Citadel of Light revolve – a few drops of rain began to fall. The walkway was covered, as was the mineral square in front of the entrances. Just in time to reach the changing rooms, get ready and there we were in the large laboratory. Soon the clouds will be replaced by the sun. The zenithal light will flood the whole space. The colors of the working backdrops will vibrate with the frenzy that always accompanies debuts. It’s just a few moments away and we’ll be on stage.

“I learned about the world through theater”. (Luca Ronconi)

“Follow the paths!” was the mantra they found themselves repeating every weekend when they decided to ride their bikes somewhere. It was tiring chasing Pietro, but for both of them, father and son, that trip to the Scala Laboratories was an unmissable appointment. They had left the ring road and the Lambro river behind them, now they were aiming at the Crystal Palace. It was impossible not to stop under the pillars of the viaduct, immense for a five-year-old child. They had left home early to make several stops. First, they would stop at what had once been part of the glorious Innocenti factory. The cyclopean frames of the brick facades and the steel structure, both preserved and recovered, dialogued with the linden trees, the locust trees, the ginkgo biloba, elms, and oaks. A long metal walkway with decks to stop became the perfect point of view to try to guess the tree species with Pietro. In spring and summer, the lavender and the grass drew a different landscape making other visits obligatory, perhaps with friends. Pietro loved returning to the Crystal Palace “with the high water!” as he exclaimed; the walkways seemed to float between small lakes from which the tree trunks emerged. When they looked out from the Palace towards the south an almost lunar scenery would appear with hills limited by stones; other times they would go directly to the playground that was next to the sports fields. They met often their friend Adelaide, who also lived in Lambrate. “We stopped a lot, we have to go, the visit starts soon!” she told the child. The bike path allowed them to arrive without risk, quickly and easily right up to the entrance of the laboratories. Inevitably, even there, Pietro wanted to stop a bit. There were benches with unconventional shapes and the flooring with its grid-like rhythm lent itself to play. Once registered at the ticket office, they ran to the visitors’ entrance on the second floor. Pietro’s excitement was huge when they entered, together, the suspended tunnel from which they could observe all the ateliers. At the end of the visit, they stopped at the large cafeteria for a quick lunch. From here, Pietro carefully observed all the architecture of the workshops: “It looks like a village.” “It is, with its inhabitants,” just as he answered that, a familiar face emerged from the access to the storage rooms. It was Martina, Adelaide’s mother, a sculptor for La Scala. When she looked up, they greeted her.