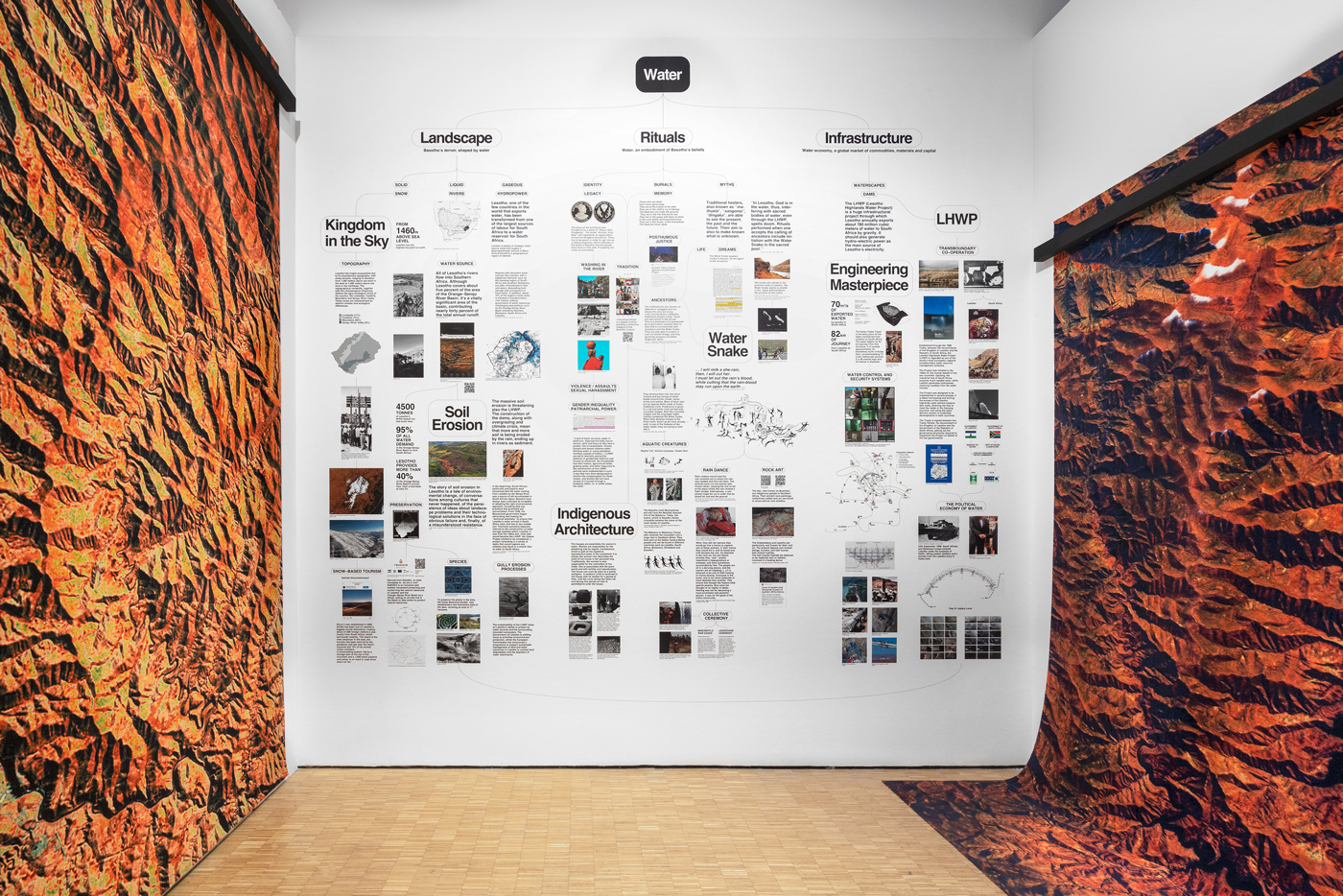 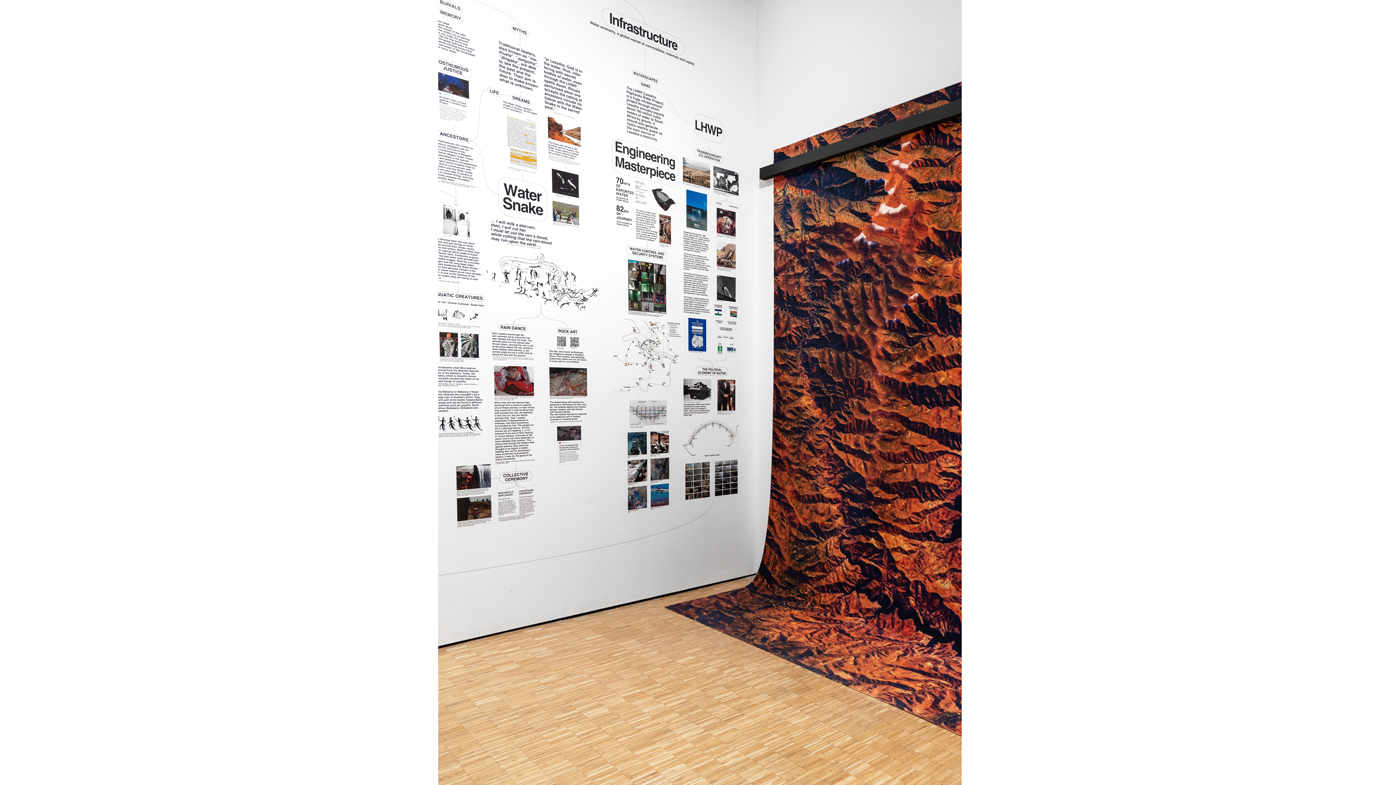 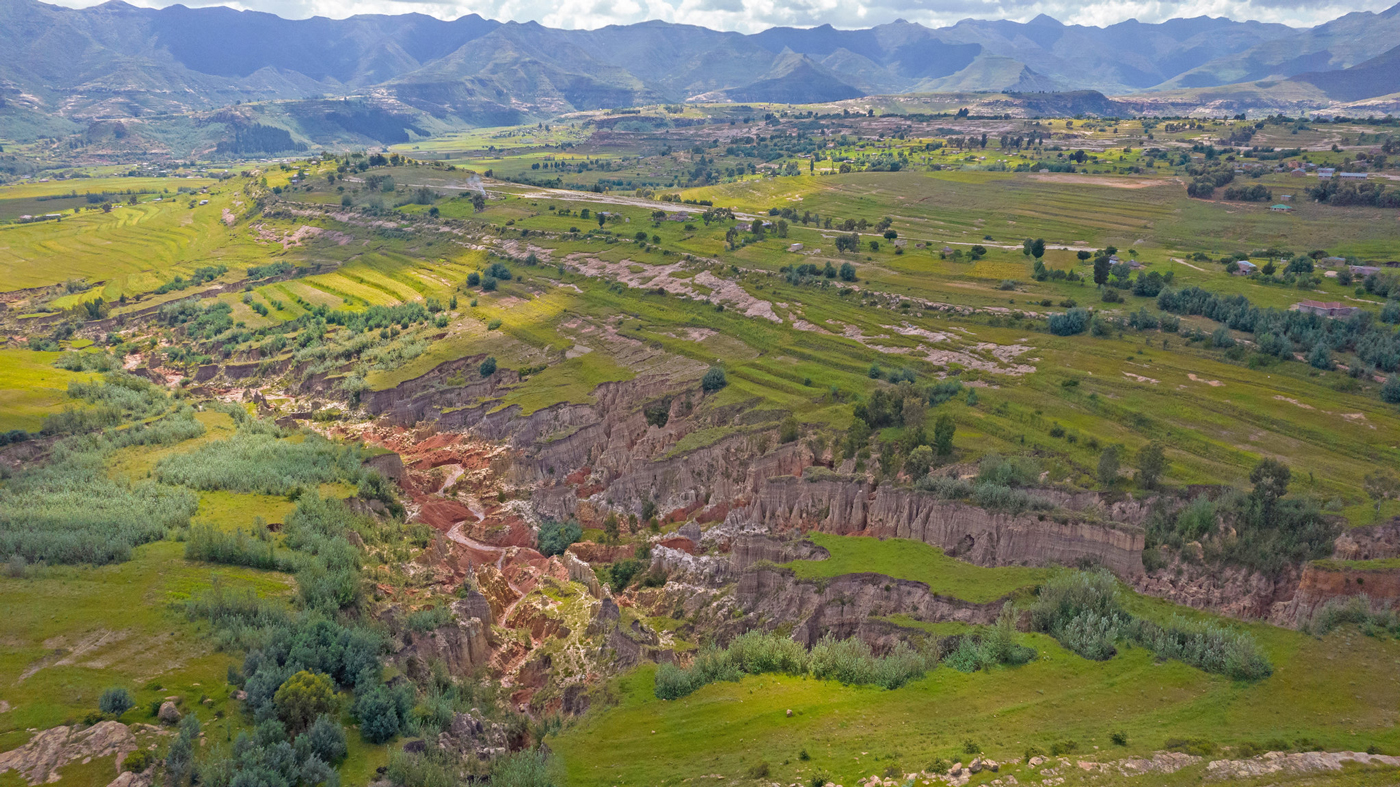 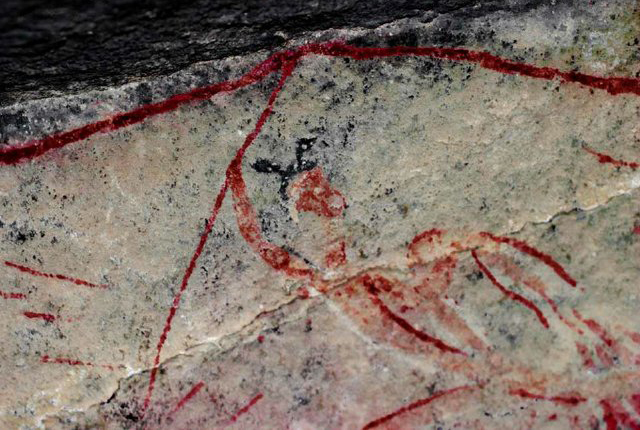 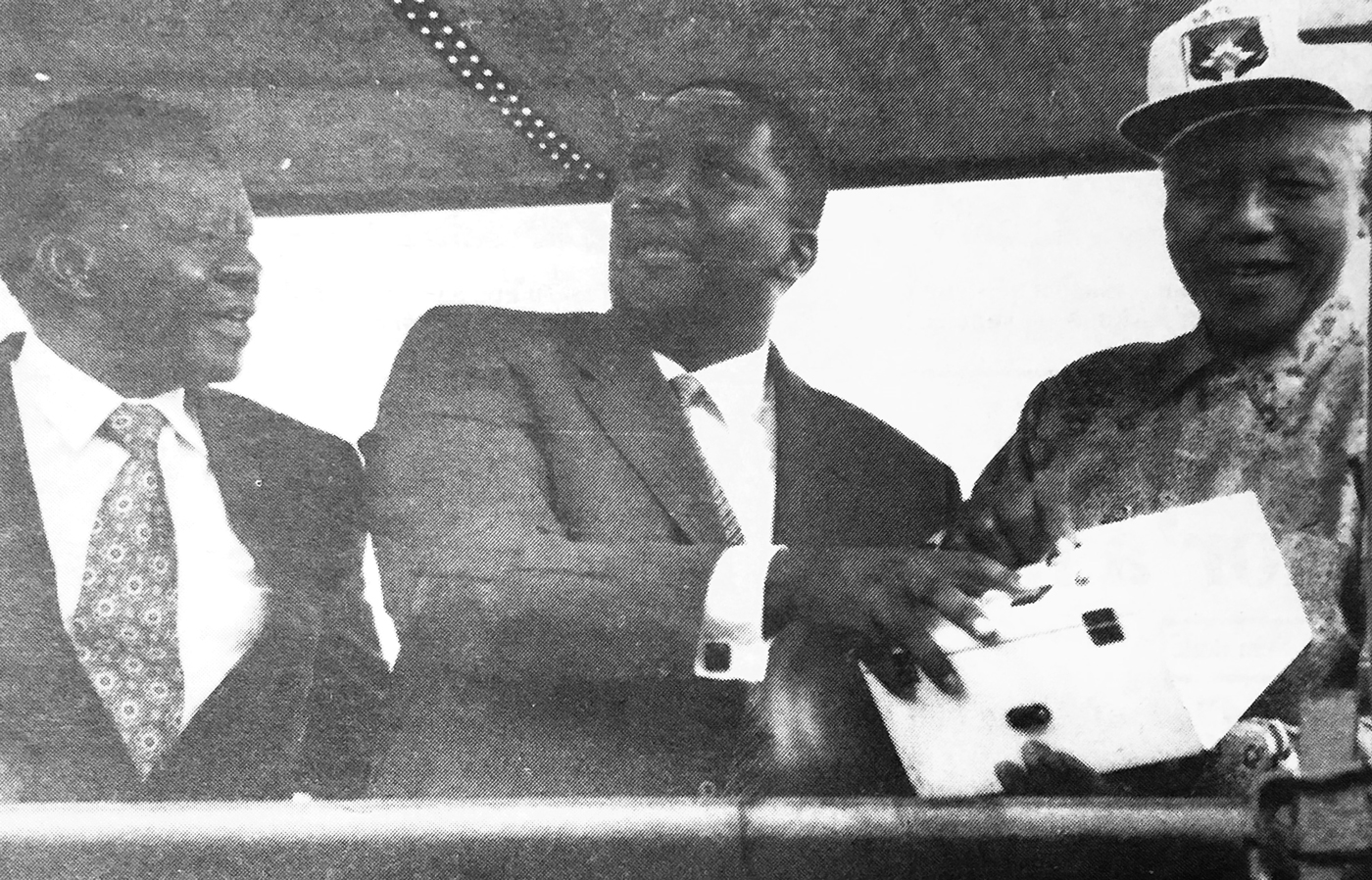 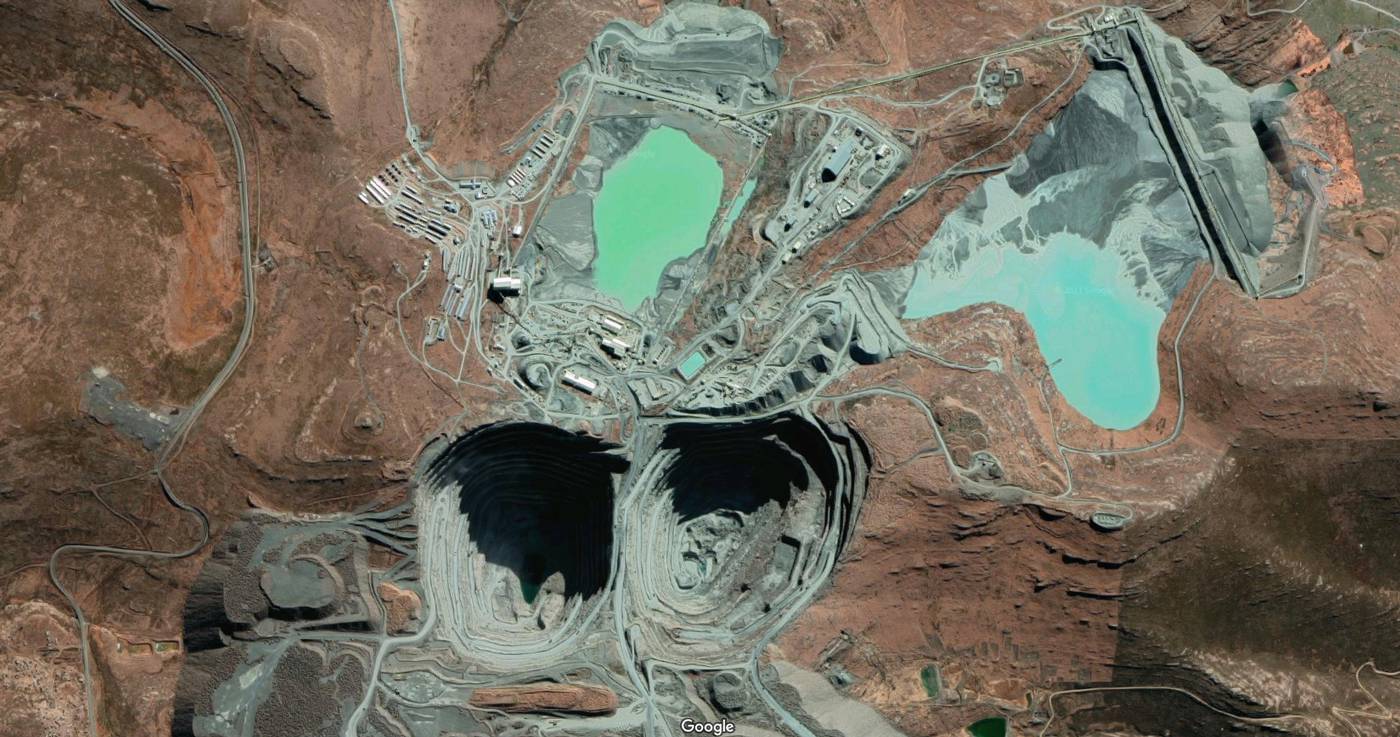 AOUMM and RISE International take part in 23rd International Exhibition by Triennale Milano “Unknown Unknowns. An Introduction to Mysteries” with “Lesotho Water Realms. An ongoing visual research on geopolitics, society and rituals”. The research and exhibition project shapes Lesotho pavilion and observes the country through the bodies of water that cross its soil, considering water as the center of the land’s identity, visible yet not accessible to everyone.

“Not many people know the country of Lesotho, and nobody has looked at it as the central water reserve for the most developed country in Africa. By designing an exhibition that can both be seen in 10 seconds, by observing the two carpets that feature comparative GIS images generated by 1995 and 2022 data: visually depicting the changes in the landscape, or by reading the extensive visual map printed on wallpaper we aimed at drawing attention to an unknown country and its unknown or undercover exploitation. […] To map is a noun, a verb, an object and an action simultaneously. Representation is the tool to investigate issues related to architecture and broader and more complex problems, such as geopolitics in this case. Mapping, for example, has historically had enormous importance in defining political, economic and social questions and boundaries, but it is also a tool for knowledge. The simple representation of two moments of the same area has a powerful and profound meaning that goes beyond the image itself. The dam’s exact water level mapping concerns the loss of arable land, disappearing villages, people and communities uprooted from their places, along with environmental issues and soil erosion. In this sense, mapping involves political action…” (AOUMM interviewed by KoozArch)

The 23rd International Exhibition is conceived as a space for open and plural debate and comparison, where different experiences, cultures and perspectives can converge. “Unknown Unknowns. An Introduction to Mysteries” will try to answer a series of questions about what we still “don’t know we don’t know” in different topics: from the evolution of the cities to the oceans, from genetics to astrophysics. A deep experience, which will involve designers, architects, artists, playwrights and musicians, and it will give the opportunity to overturn our idea of the world.