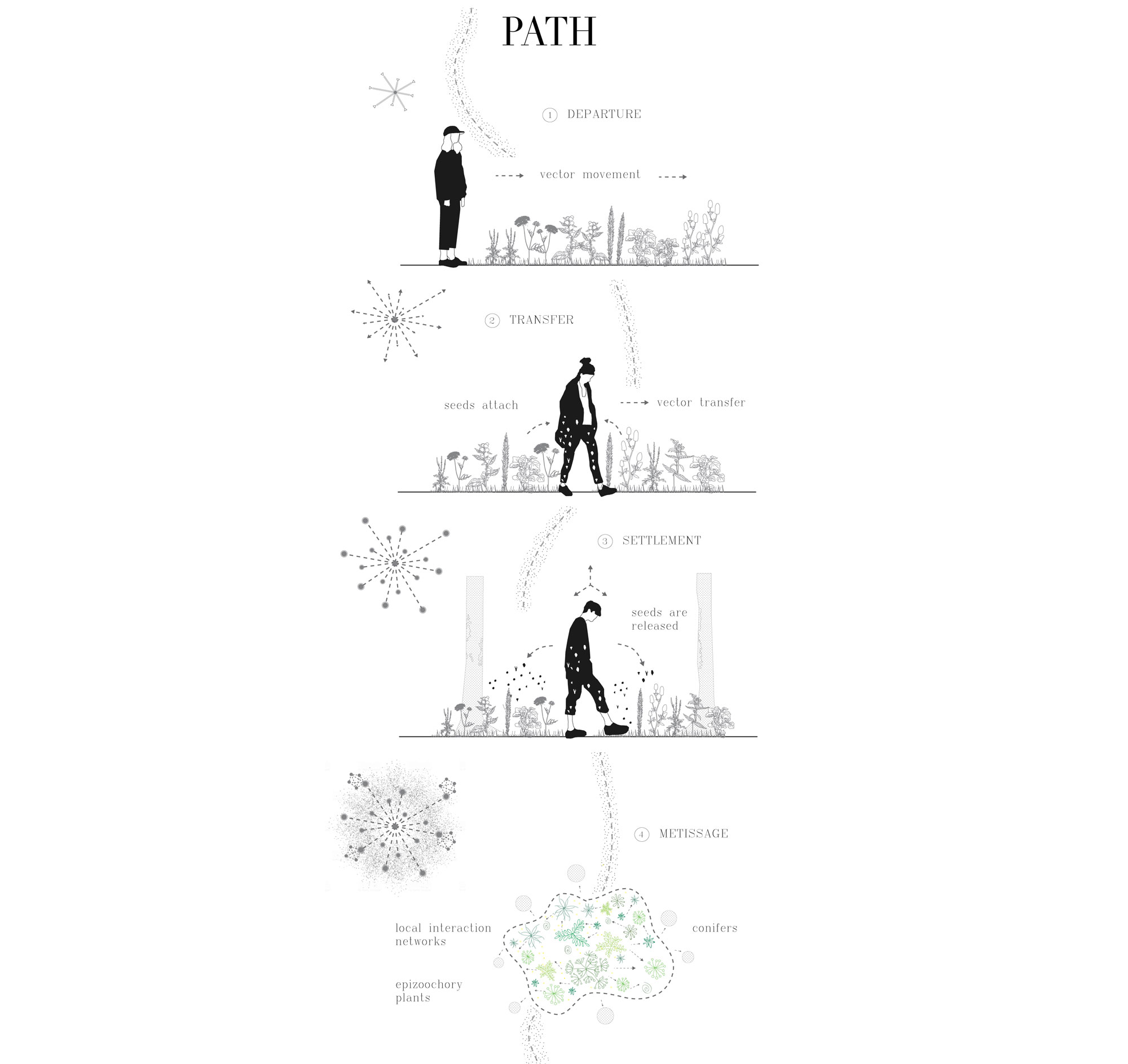 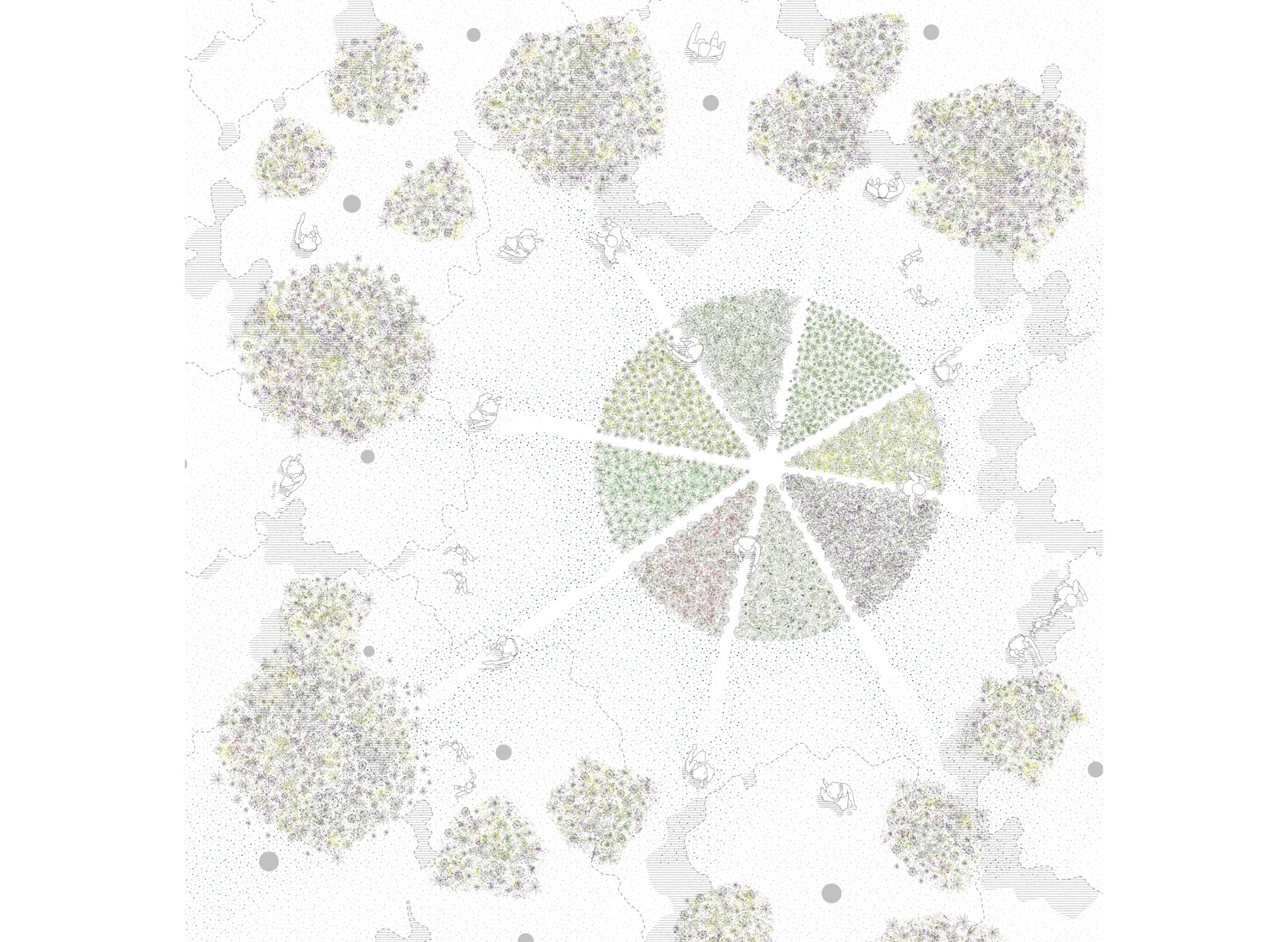 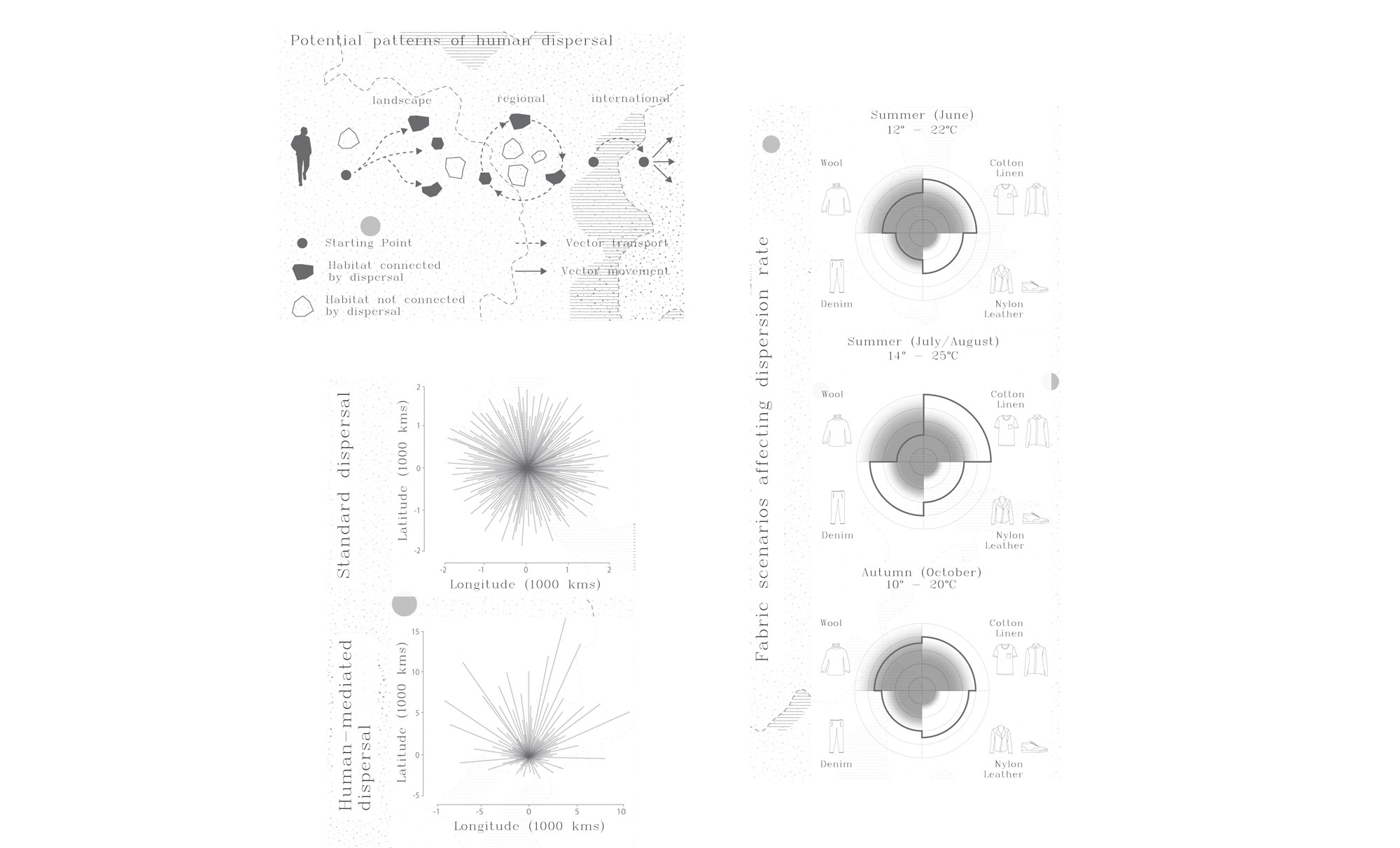 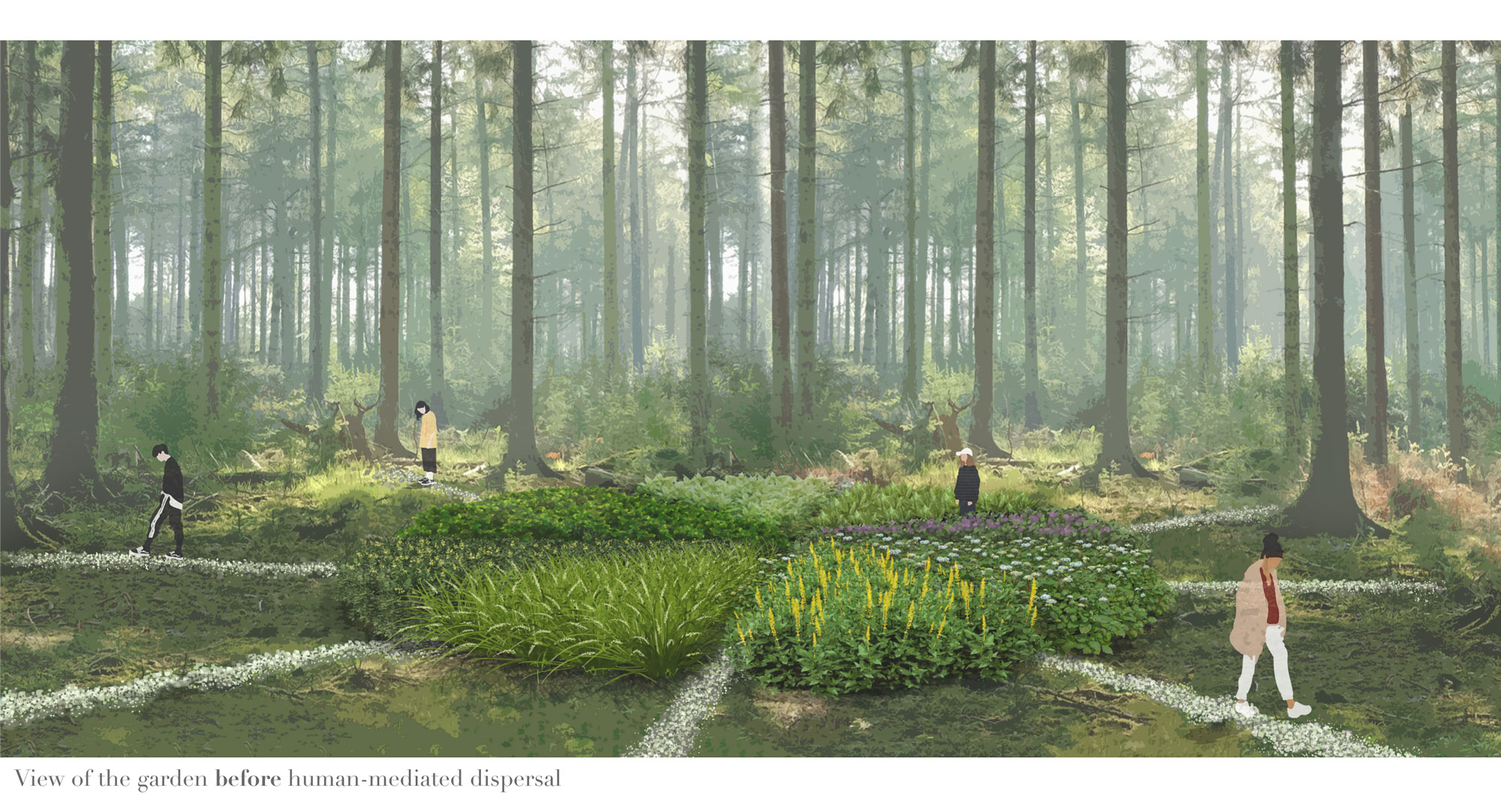 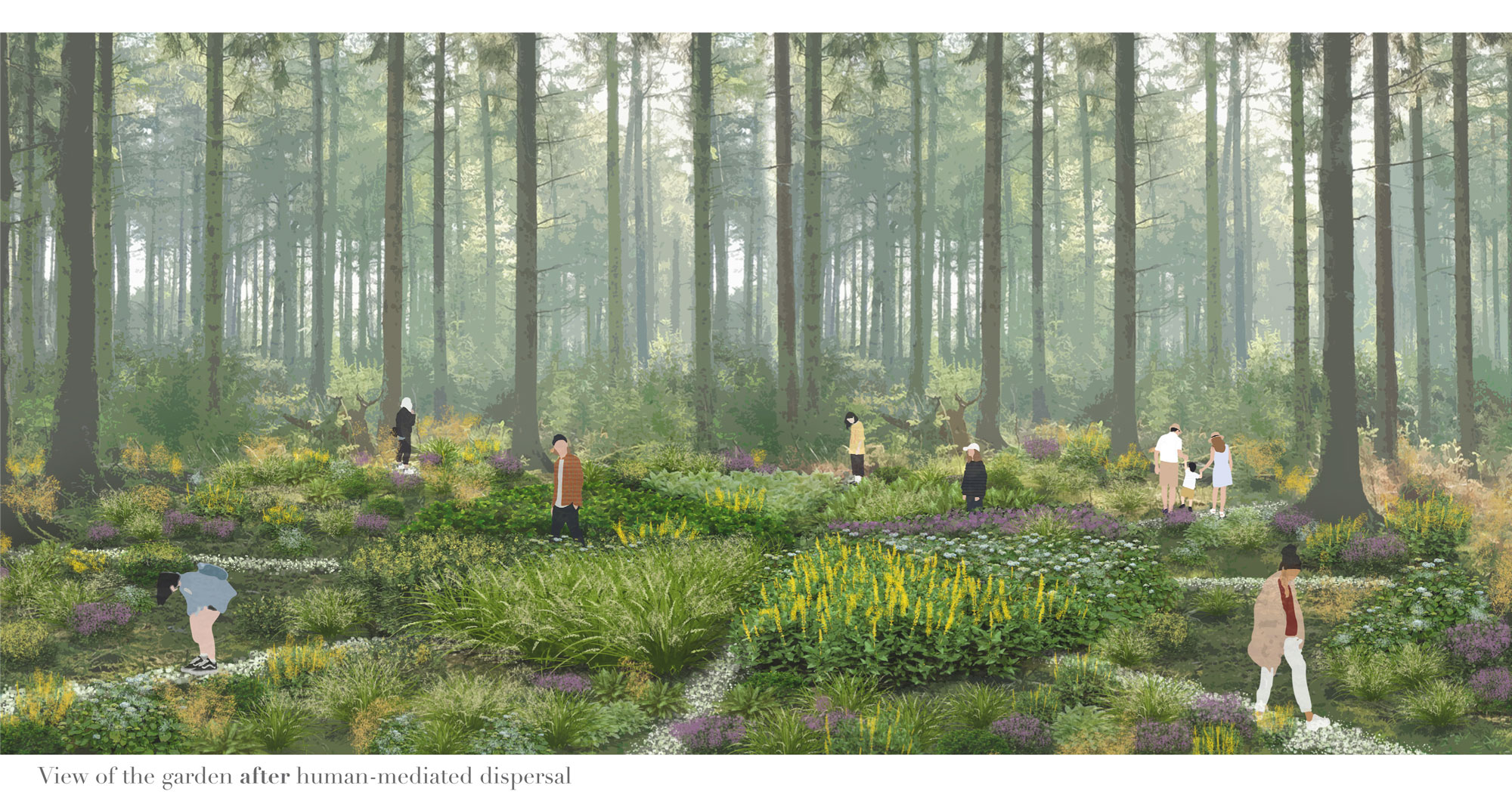 What would be the impact of a parterre designed to be dispersed by humans, during a large international garden event hosting many thousands visitors, from different countries of the world and with varying intensity of presence, depending on hours, seasons and the schedule of the festival itself?

Humans fundamentally affect dispersal, directly by transporting individuals and indirectly by altering landscapes and natural vectors. This human-mediated dispersal (HMD) modifies long-distance dispersal, changes dispersal paths, and overall benefits certain species or genotypes while disadvantaging others. HMD is leading to radical changes in the structure and functioning of spatial networks, which are likely to intensify as human activities increase in scope and extent.

Edouard Glissant, the Francophone Caribbean poet and writer, says that in today’s world ‘métissage’ is operational as a rule. He adds that the ‘single-root’ (racine unique), purist definitions of racial identities have to be necessarily replaced by what he terms as rhizome identities or relational identities. Glissant’s theory of cultural creolization (métissage), is not some kind of vague humanism but an attempt to recover concealed histories by establishing a cross-cultural relationship in an egalitarian way.